What Is Malware? The Ultimate Guide to Malware

We’ve all had run-ins with malicious software, which is exactly what malware means — any software designed to cause harm. Malware can damage files, steal sensitive data, and even take your device hostage. Find out what malware is, how it works, what it can do, and how you can protect yourself against it with reliable antivirus software. 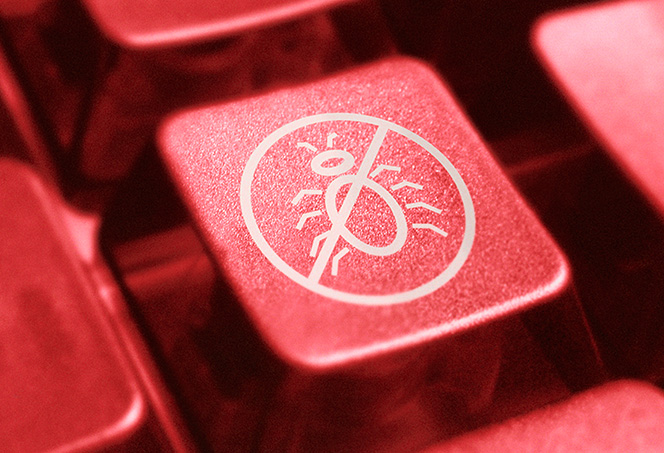 Malware is any type of software created to harm or exploit another piece of software or hardware. Short for “malicious software,” malware is a collective term used to describe viruses, ransomware, spyware, Trojans, and any other type of code or software built with malicious intent.

It’s this malicious intent that characterizes the malware definition — the meaning of malware is the damage it can inflict on a computer, computer system, server, or network. It’s the how and the why that separate one type of malware from the next.

Is malware a virus?

All viruses are malware, but not all types of malware are viruses. Viruses are a type of malware that self-replicate by inserting their code into other files or programs, then spreading from one infected device to another.

To know whether an infection is caused by another type of malware or a virus, you need to look at how it works. If it isn’t using other programs to copy itself and spread, then it’s not a virus.

What can malware do, and how dangerous is it?

Malware attacks can crack weak passwords, bore deep into systems, spread through networks, and disrupt the daily operations of an organization or business. Other types of malware can lock up important files, spam you with ads, slow down your computer, or redirect you to malicious websites.

Malicious software is at the root of most cyberattacks, including the large-scale data breaches that lead to widespread identity theft and fraud. Malware is also behind the ransomware attacks that result in millions of dollars in damages. Hackers aim malware attacks against individuals, companies, and even governments.

What are the signs of a malware infection?

The world of malware is diverse, but many types of malware share similar warning signs. Monitor your device for the following symptoms of a malware infection:


Certain strains of malware are easier to detect than others. Ransomware and adware are usually visible immediately, while spyware wants to stay hidden. The only surefire way to detect all malware before it infects your PC, Mac, or mobile device is with a dedicated antivirus tool.

AVG AntiVirus FREE combines one of the world’s largest threat-detection networks with an award-winning cybersecurity engine to scan and remove malware on your device, while blocking any new malware trying to infect it.

Other security tools can also protect your privacy and security. A virtual private network (VPN) keeps you anonymous online by encrypting your internet connection and hiding your IP address. But when it comes to fighting malware, a dedicated antivirus tool is your best bet.

Why do hackers and cybercriminals use malware?

Common types of malware include viruses, Trojans, spyware, keyloggers, worms, ransomware, adware, scareware, rootkits, cryptominers, and logic bombs. The categories are based on how malware works and how it spreads.

Computer viruses infect clean files and spread to other clean files. They can spread uncontrollably, damaging a system’s core functionality and deleting or corrupting files. The history of viruses reaches back to the 1980s.

Macro viruses are a type of virus that exploit macros in Microsoft Office apps like Word and Excel to infect your device.

Your Wi-Fi router can also become infected with malware. Router malware usually redirects you to malicious pharming websites that can capture your personal data, and removing router viruses can be tricky.

Spyware is malware designed to spy on you. It hides in the background and collects your data, including passwords, GPS location, and financial information. Fortunately, removing spyware from your Mac or PC usually isn’t very difficult.

Keyloggers are a type of spyware that hide on your device while recording all your keystrokes. They can capture login credentials, credit card numbers, and more.

Worms are a bit different from viruses, because they can spread without a host file. Worms infect entire networks of devices, using each consecutively infected machine to infect others.

Ransomware locks up your computer and your files, and threatens to erase everything unless you pay a ransom. It’s one of today’s most pressing malware threats.

Adware is malicious software that spams you with ads to generate revenue for the attacker. Adware undermines your security to serve you ads — which can give other malware an easy way in.

Scareware uses social engineering tricks to frighten you into installing it. A fake pop-up warns you that your computer is infected with a virus, and the solution will be to download a scam “security” program.

Botnets aren’t technically malware — they’re networks of infected computers that work together under the control of an attacker. Botnets are often used to commit DDoS attacks.

Rootkits are a dangerous, hard-to-detect form of malware that burrow deep into your computer to give a hacker full administrative access. The best way to deal with them is by using a dedicated rootkit removal tool.

Browser hijackers are malware that modify your web browser without your consent, and often without your knowledge. They may redirect you to harmful websites or spam you with extra ads. Removing browser hijackers usually is quite simple, but it’s always good to use secure and private browsers.

Cryptominer malware is malicious software that hijacks a victim’s computer’s processing power to mine cryptocurrency for the attacker in a practice known as cryptojacking. Many cryptominers use browser hijacking to take over computers.

Logic bombs are bits of malicious code designed to execute after a specified condition has been met. Time bombs are a subset of logic bombs that lie dormant until a certain time or date.

How does malware work?

For malware to work, it usually needs you to do something first to get the software on your computer. That means clicking a link, opening an attachment, or visiting an infected website. Once on your machine, the malware’s payload begins the task it’s designed to perform — stealing your data, encrypting your files, installing additional malware, and so on.

Malware will stay on your system until it’s been detected and removed. And some malicious software will try to block or hide from any antivirus apps or other security tools you may have.

How does malware spread?

Malware can spread in a variety of ways: when you download and install an infected program, when you click an infected link or open a malicious email attachment, or even if you use corrupted physical media like an infected USB drive.

Here are some of the most common malware attack types to watch out for.

Malware can spread in a variety of ways.

Many malware attacks happen silently, with victims never realizing the attack happened. Some malware attacks are so dangerous and widespread, they send shockwaves around the world. Here are some of the most notorious malware examples:

The history of malware began in the 1960s with relatively harmless viruses that spread without causing much damage. It wasn’t until the late 1980s that malware turned nasty with the Vienna virus. The Vienna virus corrupted data and destroyed files — and led to the creation of the world’s first antivirus tool.

In 2017, WannaCry quickly became the largest ransomware attack in history. It paralyzed governments, hospitals, and universities around the world and caused roughly $4 billion in damage.

These two ransomware strains both arrived in 2017, spreading far and wide — including to Ukraine’s national bank. The Petya and NotPetya malware attacks resulted in around $10 billion in damages worldwide.

Hackers pulled off one of the most devastating data breaches in history when they managed to crack US credit bureau Equifax in 2017, accessing the sensitive personal data of 147 million people.

In 2020, many cybercriminals took advantage of COVID-19 fears in a series of phishing and malware attacks. From spoofing the World Health Organization to offering fake remote jobs, hackers used phishing attacks to deploy malware and hijack sensitive personal data.

How to detect, remove, and prevent malware

When it comes to malware, prevention is better than a cure. Incorporate the following tips into your digital lifestyle to minimize your malware risk and protect yourself against a potential attack.

Can Macs and phones be affected by malware?

PCs aren’t the only devices that get malware — phones and Macs can get malware, too. Any device connected to the internet is at risk, including your Mac, mobile phone, or tablet.

While Apple is quick to patch macOS against zero-day attacks, Macs have faced an increasing number of malware threats in recent years. A Mac malware removal tool can help keep your Mac free of infections.

Meanwhile, Android and iOS malware continues to emerge. From Android spyware to Android ransomware, there are plenty of threats to your device. And while there aren’t any iPhone viruses, iOS isn’t entirely threat-proof — especially if you’ve jailbroken your phone. But even sneaky malware like spyware can be removed from your iPhone with the right steps and tools:

What to do if your device is infected by malware?

An antivirus scan is the best way to detect and remove malware from your computer or clear a malware infection on your phone. Use a reliable malware removal tool to scan your device, find the malware on it, and clear the infection. Then, restart your device and scan it again to make sure the infection has been completely removed.

Before clearing the malware, you may need to restart your device in Safe Mode first to prevent the malicious software from affecting your antivirus tool.

Protect yourself against malware with a world-class antivirus solution

With so many types of malware out there, it’s hard to avoid them all. In addition to following all the malware prevention guidance above, you should partner with a world leader in cybersecurity. AVG AntiVirus FREE is an award-winning anti-malware tool that defends your devices against malware in real time.

Detect and block all types of malware before they infect your devices, and clear up any infections you may currently have. Plus, get always-on protection against Wi-Fi vulnerabilities and phishing attacks. Start protecting your devices and your data today with AVG.

Install free AVG Mobile Security for iOS to get real-time threat protection for your iPhone.

Download AVG AntiVirus FREE for Mac to prevent and remove malware and other security threats. Get 24/7 protection.

Block malware and prevent threats with AVG AntiVirus for Android