We’ve compiled insights from some of the most well-respected antivirus software review sites and summarized them here. So if you’re in need of free protection for Windows 7, 8, or 10, here are the experts’ top picks, presented in alphabetical order. 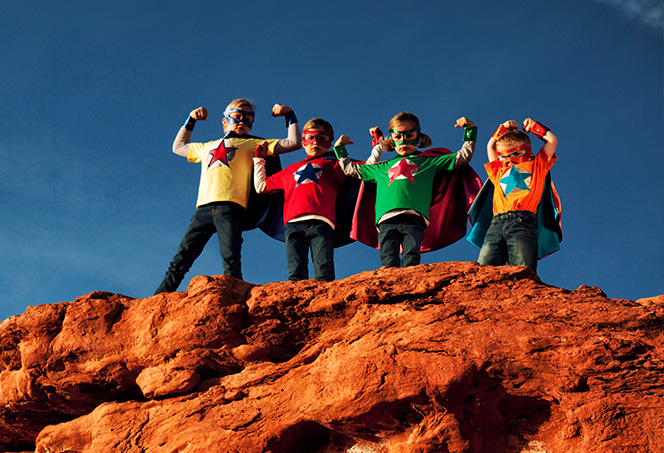 Read on for a quick summary of the best choices for free antivirus software for 2021.

One of the oldest antivirus companies, Avast has been protecting users since 1988 and is trusted by millions of people around the globe.

Features: Offering an easy-to-use interface, a secure web browser, a network security scanner, and more, Avast has a host of useful bonus features. Lifewire praises its Do Not Disturb Mode, which blocks pop-ups while you watch a movie or play a game, so you aren’t interrupted. Lifewire also highlights the Behavior Shield, which keeps an eye on your apps to make sure they don’t start to act strangely, a potential sign of a malware infection.

Need a second opinion? TechRadar notes that several special features are only available in Avast’s paid version. However, they still rate it as “a powerful antivirus which offers solid all-round protection. Experienced users will appreciate its lengthy feature list and the fine control they get over how the package works.”

One of the pioneers of the free antivirus app, AVG has consistently won awards from AV-Comparatives over the past decade — including Top-Rated Product in their most recent test.

Essential protection: PCMag praised AVG AntiVirus FREE for achieving very good scores in a variety of independent tests, and for its excellent protection against phishing. AVG’s on-demand scan searches for hidden malware, which includes viruses as well as other sneaky malicious software such as spyware and ransomware. AVG also scans for malicious URLs, unwanted browser add-ons, and PC performance issues. AVG protects against 0-day threats by preventing unknown (and potentially dangerous) files from opening, and then sends these files to AVG Threat Labs for deeper analysis. If they’re found to be malicious, a cure is created and pushed out to you and all AVG users.

AVG continues to protect Windows 7, even though Microsoft is no longer supporting it.

Features: AVG AntiVirus FREE offers several bonus features, including a free File Shredder to securely delete sensitive files and prevent your personal data from being exposed. PCMag noted that, although AVG scans to find junk files and clutter that are slowing down your device, you’ll need to purchase AVG TuneUp to fix the problems.

Need a second opinion? In its review “8 of the Best Free Antivirus Software Options,” Mashable noted that AVG AntiVirus FREE has the most accurate virus detection, saying, “AVG AntiVirus FREE is near flawless with its ability to detect viruses and malware. It's unlikely anything is getting through this.”

Avira has been creating antivirus applications for a long time, with the first one dating back to 1986.

Essential protection: While PCMag awarded Avira Antivirus a good score in their malware blocking test, they also found the on-demand scan slow and cautioned that its “real-time protection missed some malware EXEs and identified some valid programs as malware.”

Features: Avira’s free version is light on features. Safetydetectives.com notes that Avira’s focus is “on protecting computers without the bells and whistles.”

Bitdefender protects half a billion users around the world and snagged the top spot this year from AV-Comparatives.

Essential protection: TechRadar praises Bitdefender’s “clean, light, well constructed scanning mechanisms – which are almost universally faster than the industry average – and unrivalled virus definitions.” But they also note that the product “grabs more resources than average, and might conflict with some programs.”

Features: PCMag says that “Bitdefender Antivirus Free Edition includes the core malware-fighting components of Bitdefender's commercial edition, but without the vast collection of additional security features, and without some advanced layers of malware protection." CNET notes that “Bitdefender Antivirus Free is refreshingly free of the ‘extra’ features and tools that make some apps unwieldy and confusing.”

Need a second opinion? DigitalTrends mentions that “the application features no configurations of any kind,” while TechNadu adds that “its minimalistic design ensures the app retains only the bare essential antivirus functionality monitoring the system in real-time without needless embellishments.”

Russian cybersecurity company Kaspersky has faced allegations of inappropriate connections to the Kremlin, prompting the US, the UK, and The Netherlands to ban the use of Kaspersky products across government agencies. Nevertheless, the allegations remain inconclusive and Kaspersky is consistently a top-rated product.

Features: TechRadar says that Kaspersky is “short on advanced features and most of its extras are very limited, but you still get all the core antivirus essentials.”

Windows Defender is Microsoft’s built-in antivirus, which is included for free in Windows 10. If this app is already on your PC, you might be wondering why you should even bother with a free third-party antivirus. Short answer: Because many experts say Windows Defender still isn’t as good as the leading antivirus programs.

“Windows Defender is improving, but you still shouldn’t rely on Windows 10’s security tools as your sole means of protection. Many free third-party apps are more effective at keeping you safe.” — Neil J. Rubenking, PCMag Best Free Antivirus Protection for 2020

Features: Windows Defender still lags behind in phishing protection and malicious URL blocking, and it can’t compete with the extra security features included in most free third-party security software.

Need a second opinion? Tom’s Guide gives Windows Defender a 3.5 out of 5, saying, “Defender's low system impact is offset by its long scan times and lack of creature comforts, such as the ability to schedule scans.”

Essential protection: Sophos Home Free offers much of the same protection as their business products, including remote security management for up to three PCs or Macs. According to TechRadar, this means you can also install the free antivirus on a less tech-savvy family member’s computer and remotely manage their security for them. Sophos Home Free offers decent phishing protection and very good malicious URL blocking.

Features: PCMag found Sophos's parental content filter ineffective, but noted that, “If you're managing security for others, this product's remote management is a godsend.”

Need a second opinion? Cloudwards cautions that although Sophos has some nice features, most of them are only available if you upgrade to the paid version, and “rigorous testing sheds some doubts about its efficacy as an antivirus solution.”

While they didn’t rank the highest this year, you may be wondering how these other popular free antivirus programs fared in expert reviews.

Features: Version 12 of Adaware’s free antivirus comes with a new look, but lacks features found in other free products — including the company’s own previous edition. Lifewire adds, “we don't think Adaware Antivirus Free should be your first choice when choosing a good antivirus program. There are too many settings in the program that would be useful but aren't allowed to function because it's just the free version.”

Need a second opinion? PCMag cautions that “Adaware Antivirus Free 12 has a new name and a new look. Under the hood, though, its test results aren't the best, and competing free products have much more to offer.”

Check Point ZoneAlarm is a free antivirus-firewall combo that licenses its antivirus engine from security giant Kaspersky (see above for info on Kaspersky).

Essential protection: Pairing strong antivirus prevention with a firewall can be good enough for basic computing. However, TechRadar bemoans the lack of comprehensive protection, noting that the program is missing “web and email monitoring, network file scanning, and real-time cloud protection to keep you safe from the very latest threats…. These aren’t restrictions we’ve often seen in other free antivirus apps.”

Features: Unfortunately, this free cybersecurity solution is missing many features users would expect to see: web-based security, protection against malicious websites, and personal data protection are nowhere to be found.

Qihoo is a Chinese company known for its antivirus software, web browser, and mobile app store.

Essential protection: Qihoo uses the same core antivirus as Bitdefender and Avira, but it lags behind them in performance. PCMag reported mixed scores on anti-malware and malicious URL blocking tests, and rated Qihoo’s anti-phishing performance as “dismal,” calling it a “phishing phail.” The AV-Test Institute gave Qihoo 360 4/6 on performance, demonstrating that it can worsen the overall system performance while it’s running.

Features: Qihoo comes with an impressive suite of bonus features, including cleanup and tuneup utilities, a vulnerability scan, and more.

Need a second opinion? TechRadar says, “There are one or two useful tools here, but 360 Total Security isn't accurate enough to be your sole antivirus app.”

Don’t wait until it’s too late to secure your PC against viruses and malware. As we roll into the new Roaring ‘20s, it’s more important than ever to guard against cybercrime and new threats. Get real-time security updates and 24/7 protection against viruses and other threats with AVG AntiVirus FREE. And stay safe while browsing, emailing, and downloading files with an extra layer of defense against malware. 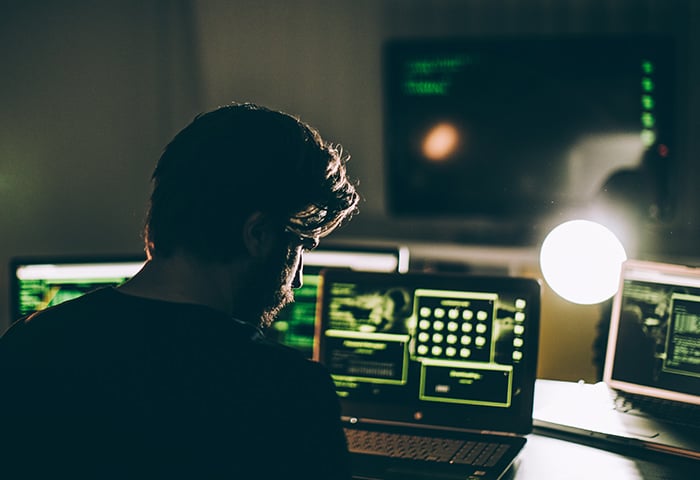 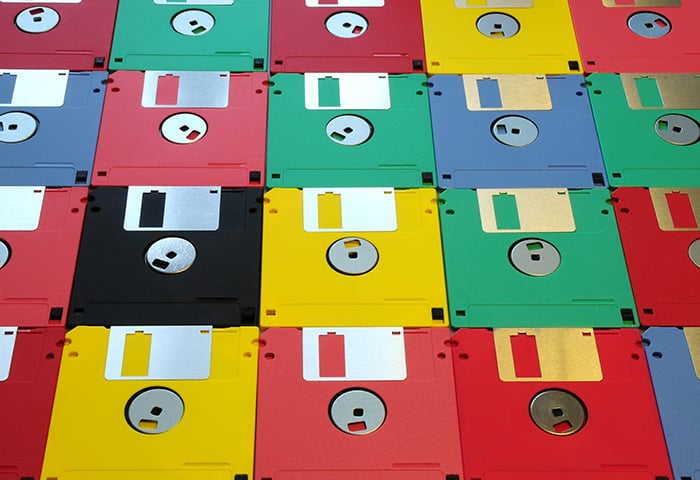