Can my laptop run any slower? How did my background image change? Blue screen of death again?! Ugh! If any of these sound familiar, there’s a chance your computer has a very bad rootkit.

What is a Rootkit?

A rootkit is an application (or set of applications) that coneals its presence, or the presence of another application, such as adware or spyware, on a device. Rootkits hide by using some of the lower layers of the operating system, including API function redirection or undocumented OS functions, which makes them almost undetectable by common anti-malware software.

Where does the term “rootkit” come from? In Unix and Linux operating systems (OS), the system admin, an all-powerful account with full privileges and unrestricted access (similar to the administrator account in Windows), is referred to as the “root”. The applications that allow unauthorized root/admin-level access to the device and restricted areas are known as the “kit”.

Put the two together and you get “rootkit”: a program that gives someone (with legitimate or malicious intent) privileged access to a computer or mobile device. This person can now control the device remotely without the owner’s knowledge or consent.

Unfortunately, rootkits are often designed to create unauthorized access to computers, allowing cybercriminals to steal personal data and financial information, install malware, or use computers as part of a botnet to circulate spam and participate in DDoS (distributed denial-of-service) attacks.

Imagine a burglar who wants to break in and steal from your home. They dress in black to blend into the darkness and move quietly to remain undetected. But unlike the thief who takes something and then leaves, a rootkit sticks around in your computer, robbing it of data or manipulating what’s inside over time.

Is a rootkit a virus?

A rootkit is not a virus, per se. A computer virus is a program or piece of code designed to damage your computer by corrupting system files, wasting resources, destroying data, or just being a nuisance. A key distinction of viruses is that they use your computer’s resources to replicate themselves and spread across files or to other computers without the user’s consent.

Unlike viruses, rootkits are not necessarily harmful. What’s dangerous is the various forms of malware a rootkit can deliver, which can then manipulate a computer’s OS and provide remote users with admin access. This makes them popular tools among cybercriminals, and it’s why rootkits now have such a bad rep.

Installing AVG AntiVirus FREE is your best first line of defense against malicious rootkits and many other kinds of threats. Scan your devices to detect and remove rootkits from the source, and stay protected from any future malware with AVG — all for free.

Is a rootkit malware?

A rootkit is closely associated with malware (short for “malicious software”), a program designed to infiltrate and steal data, damage devices, demand ransom, and do various other illegal activities. Malware encompasses viruses, Trojans, spyware, worms, ransomware, and numerous other types of software.

Modern rootkits act as a cover for the harmful effects of malware.

How to recognize a rootkit

By design, rootkits are difficult to detect. They’re good at camouflage, which makes rootkit detection very tedious. Even commercially available products and seemingly benign third-party apps can have rootkit-based functionality. A rootkit can disguise activities and information from an OS, preventing its bad behavior from being exposed.

How? Once a rootkit is installed, it typically boots at the same time as the computer’s OS, or after the boot process begins. There are other rootkits that can boot up before the target operating system, making them even more difficult to detect. 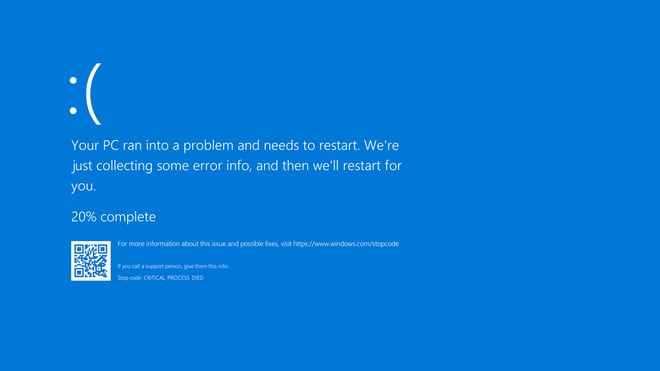 Telltale signs of a malicious rootkit at play – told as film and TV show titles:

How to remove a rootkit

Finding and removing rootkits isn’t an exact science, since they can be installed in many ways. Even when you wipe a machine, a rootkit can still survive in some cases. The good news: an antivirus tool with a rootkit scanner like AVG’s will go a long way toward keeping malware away. Our anti-rootkit technology, included in AVG AntiVirus FREE, detects, prevents, and removes rootkits and other forms of malicious software.

Where do rootkits come from and how do they propagate?

There are a few common ways cybercriminals can get a rootkit on your computer. One is exploiting a vulnerability (a weakness in software or an OS that hasn’t been updated) and forcing the rootkit onto the computer. Another way is through malicious links, which can be sent by email, social networking, or as part of a phishing scam. Malware can also be bundled with other files, such as infected PDFs, pirated media, or apps obtained from suspicious third-party stores.

So when they say to never trust a stranger, they mean that you should never open links or documents from anyone you don’t know over email or any messaging app. Never install a “special plugin” (pretending to be legitimate) to correctly view a webpage or launch a file either.

Unlike viruses and worms, rootkits don’t spread or multiply on their own. Usually, rootkits are just one component of what is called a blended or combined threat, which consists of three snippets of code: a dropper, loader, and rootkit.

Here’s how it works:

Activating a dropper typically entails human intervention, such as clicking a malicious link, which in turn launches a loader program. The dropper then deletes itself while the loader causes a buffer overflow (meaning it stores more data in a temporary storage area than it can hold). This loads the rootkit into the computer’s memory, creating a backdoor that allows bad actors (cybercriminals, not Nicolas Cage) to modify system files so they can remain undetected by the user and basic antivirus software.

Now they have remote access to the OS and can use the infiltrated computer for spamming, pharming, large-scale DDoS attacks, or for stealing sensitive data.

Rootkits can be persistent or non-persistent. The former means that a rootkit is capable of activating itself every time the computer boots up. The latter refers to a rootkit that resides in the memory and ceases to exist when the computer reboots.

Rootkits can be identified by which areas of a system they affect and how well they can hide. 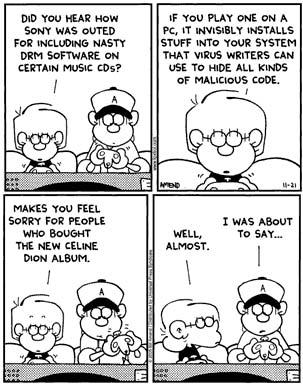 Here’s a crazy story: Winning $16.5 million can cause quite a stir, right? It’s another thing when the security chief of Multi-State Lottery Association fixed the lottery. Eddie Tipton confessed to creating a simple program (a rootkit) called Quantum Vision Random Number Generator — partly copied from an internet source — that led to countless fraudulent lotto winnings claimed by him, his friends, family, and even strangers he met. It was as simple as inserting a thumb drive into the room where lotto numbers are drawn. It took a decade and a computer science-savvy detective to catch the thief.

How to protect yourself against rootkits

Although rootkits are sneaky and insidious, there are still ways to prevent them. Many of the strategies to avoid rootkits are also sensible computing habits that will protect you against all kinds of threats:

In addition to the common sense tips above, you can mount an even stronger defense against rootkits by installing a robust antivirus. Though some antivirus software isn’t strong enough to detect them, AVG AntiVirus FREE will find and remove even the most insidious and deeply embedded malicious rootkits — for the low, low price of free.