What Is Malvertising and How to Prevent It

When is an ad more than an ad? When it also gives you malware. Websites with fraudulent malware ads can infect your computer or phone with viruses and other malicious software — but with the right tools, you can prevent online ads from attacking you. Learn how malvertising works and how you can protect yourself with a world-class cybersecurity tool. 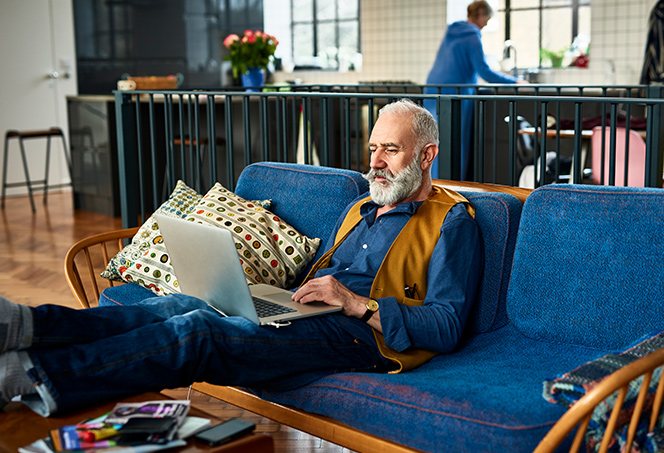 Malvertising (malicious advertising) is the use of online advertising to spread and install malware or redirect your traffic. Cybercriminals inject infected ads into legitimate advertising networks that display ads on websites you trust. Then, when you visit a site, the malicious ad infects your device with malware — even if you don’t click it.

How does malvertising work?

The online advertising industry is a complex web of relationships and transactions between publishers — the websites you visit — and a whole hidden world of advertising machinery. This includes ad exchanges where publishers and advertisers buy and sell ad space (known as inventory), advertising networks that supply ads across a wide range of websites, ad servers that store and deliver the online ads, and additional parties. Within this space are many opportunities for a clever hacker to inject malicious content.

In reality, it’s often more complex than that. Due to the fragmented nature of online advertising, your browser needs to contact a variety of ad-related servers when it loads a website. One server delivers the online ads, another might play a video ad, and a third server might trigger a pop-up. This happens again when you click an ad as well.

Attackers can intercept these traffic requests from your browser and forcibly inject malicious code or divert your traffic somewhere else. This is how forced redirect ads work. During the online journey from your browser to the advertiser, the attacker intercepts your traffic and infects you with malware or sends you to an unwanted destination.

What’s the difference between malvertising and adware?

Malvertising is often confused with adware because both involve ads. The primary difference between the two comes down to the source of the attack. Adware is a type of malware that sits on your device and causes you to see ads you otherwise wouldn’t encounter. Conversely, malvertising ads are hosted on legitimate websites — there’s no need for the malvertising attacker to pre-infect your device before you’re shown a malicious ad.

Since the world of online advertising has become so diverse, cyberattackers have developed a range of malvertising strategies in response. Here are some of the more common types of malvertising campaigns.

The risks of malvertising

It’s just an ad, so how bad could it be? Depending on the type of malvertising attack, the answer ranges from “a little” to “very.” Through malvertising, cybercriminals can:

Steal your personal data. Cybercriminals can use malvertising to install spyware that harvests your personal data and sends it back to the attacker. Malicious ads can also redirect you to fake versions of real websites that trick you into entering your username, password, and other information as part of a pharming attack. Hackers will then sell the stolen data to other cybercriminals looking to commit identity theft or other crimes.

Extort money from you. If an infected ad installs ransomware on your computer, you’ll likely face an extortion attempt. Ransomware locks down your files and demands you pay a ransom to decrypt your files. But you never know whether or not you can trust the cybercriminal to follow through on their promise. After all, they are a cybercriminal.

Cause chaos. Some cybercriminals just want to watch the world burn. Others may seek to sabotage businesses or other institutions. In that case, computer viruses and other malware will do the trick. All it takes is for one person in the office to unwittingly infect their device, and then all the devices on the same network are vulnerable.


With real-time protection against malware, fraudulent websites, and more, AVG AntiVirus FREE will protect you against the risks of malvertising. Scan and detect malware before it can infect your computer and steer clear of fraudulent websites with our world-class cybersecurity solution.

When hackers slip infected ads into the most popular advertising networks, they can spread malware on some of the world’s most trusted and widely read websites. Malvertising attacks have hit MSN, Reuters, The New York Times, YouTube, Spotify, The Onion, and numerous other popular websites and services.

Lasting only two days, the VeryMal malvertising attack is significant because it hit two ad exchanges that supply ads to many top publishing outlets. The malware specifically targeted Mac users, dispelling the notion that hackers target only PCs. The steganography-based attack redirected users to a spoofed website that installed the Shyler Trojan malware, disguised as a Flash update.

The massive AdGholas malvertising attack hit Yahoo, MSN, and other big-name outlets with a fake ad for privacy software. Without requiring any user interaction, the steganographic ad attempted to redirect victims to a malicious landing page that used several Flash exploits to download and install malware. Cybercrime group AdGholas has even succeeded in getting its fake privacy tool added to the Chrome store as an official extension.

How to prevent malvertising

Since many malicious ads can attack you as soon as they load in your browser, refusing to click is not enough. To properly protect yourself against malvertising campaigns, follow these cybersecurity guidelines:

Protect against the dangers of malvertising with AVG AntiVirus FREE

AVG AntiVirus FREE scans and detects any traces of malware in real time, including the sneaky malware used by malvertising attackers. Anytime a malicious ad — or anything or anyone else — tries to infiltrate your device to steal your personal data or install malware, AVG AntiVirus FREE will block the attack before it can harm you. Protect yourself today with the cybersecurity tool trusted by hundreds of millions of people around the world.

Download AVG AntiVirus FREE for Windows to get real-time protection against malvertising, adware, and other online threats.

Download AVG AntiVirus for Mac to get real-time protection against malvertising, adware, and other online threats.

Install free AVG AntiVirus for Android to get real-time protection against malvertising, adware, and other online threats.

Install free AVG Mobile Security to get real-time protection for your iPhone or iPad against malvertising, adware, and other online threats.

Protect yourself against malvertising with AVG AntiVirus

Protect yourself against malvertising with AVG Mobile Security