What Is APKPure and Is It Safe to Use on Android?

Have you ever wanted to download a region-specific app or a discontinued Android game? At the APKPure app store you can download Android apps without the Google Play store’s restrictions. Keep reading to learn about APKPure, how it works, and if apps on the APKPure app store are safe. Then, get security software to protect your Android device from dangerous apps and unsafe websites. 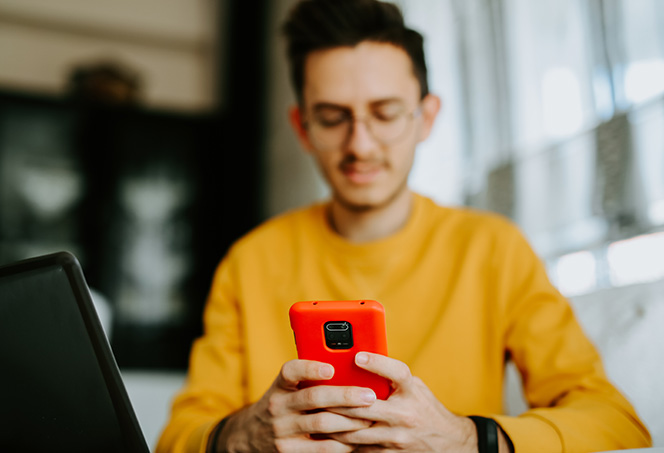 APKPure is a website where you can download open-source APK (Android application) files, apps, and games to run on Android devices, including phones, computers, and smartwatches. Apps available on APKPure are not vetted like those on Google Play, so you can find restricted or discontinued Android apps and files.

Launched in 2014, APKPure is one of the oldest and most popular alternatives to Google Play, despite ongoing privacy and security concerns. APKPure hosts direct download freeware and shareware versions of Android app files in .apk and .xapk format that work on all Android-capable devices.

But because APK apps aren’t subjected to the same security protocols as those on the Google Play store, they can contain vulnerabilities, or even contain malware itself.

Android apps can access your entire phone if you let them — and sometimes even if you don’t. Some apps can use your data or record your digital identity without your knowledge. Always encrypt your data to keep it safe, use Android app permissions smartly, and be careful which apps you download, no matter where they’re from.

Using APKPure — just like any unofficial app source — isn’t 100% safe and is not recommended by Google. APKPure claims to verify all apps they make available by matching each app’s digital signature to the original. But security concerns remain, and the APKPure app itself has previously been infected with malware.

Unverified apps can be dangerous, as they can compromise your device and steal your data, so make sure your phone is secure and enhance your cybersecurity protections to stay safe. Nevertheless, despite the security threat, many APKPure fans enjoy the benefits of the service’s wide app selection, and they find the risk worth the reward. 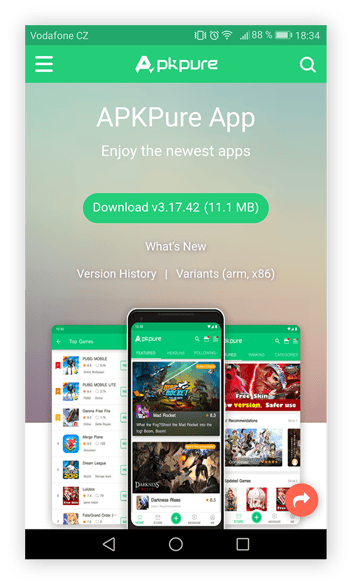 There are plenty of legitimate ways to use the apps and services offered by APKPure, especially if your Android device doesn’t have Google Mobile Services and can’t access the Play store. Some Android app developers and users prefer APKPure because it’s not tied to and bound by Google’s infrastructure.

Other benefits of APKPure include the ability to download region-locked apps, access old versions of apps and games, and even get app updates sooner than you would on the Play store.

APKPure lets you download apps from anywhere in the world. Some apps are region-locked for benign reasons like language preferences. Other times they may be locked because of marketability concerns, as app developers may stagger product releases to avoid market conflict. Sometimes countries themselves may censor or block apps completely due to political or other considerations.

If you need to unblock websites or bypass geolocation restrictions, use a VPN. There are many benefits to using a VPN, especially if you live in a closed society or even if you simply want more freedom and privacy online.

Android is an open-source platform, so anyone can use and develop it as they wish. But for Google to officially approve Android devices, they must be tied to the Play store through Google Mobile Services. So if a developer wants to remain independent of Google, they need access to a third-party platform such as APKPure to offer their apps and services.

By hosting .apk and .xapk files, which APKPure claims are identical to those on the Google Play store, APKPure lets devices and developers bypass Google’s gatekeeping. This flexibility is useful for researchers and developers looking to test their services in a sandboxed environment

APKPure hosts both the latest and legacy versions of apps. New versions of apps can crash or appear buggy on certain devices, and app developers sometimes remove certain features that some users prefer, so the availability of previous versions is valuable. APKPure has descriptions of every app’s version history, and it lets people access the full archive.

Apps are often updated to patch security vulnerabilities, so using older versions of apps may be risky. Sometimes apps also update and roll back privacy features due to policy changes or when an app’s popularity makes developers hungry for more data. Check out the best privacy apps for Android to see who you can trust.

Android app updates typically go through the Google Play store’s quality control before they’re released, which can take a while. On APKPure, these updates can be available without any delay.

But by bypassing Google’s vetting process, updated apps downloaded on APKPure may be vulnerable to attack, like that seen in the Android webview exploit.

The same features that make APKPure attractive also open it up to a host of security issues. Besides the potential to break local laws, or for children to download age-inappropriate apps, apps that aren’t vetted by Google can come packed with spyware — including spyware that works even when your phone is turned off.

Some apps come with age restrictions for inappropriate content, or due to laws in certain countries. But on APKPure, anyone can download and use age-restricted apps. Obviously, if you want to make sure the apps your kids download are safe, don’t let them use APKPure.

Some apps engage in online tracking to target users with ads specifically engineered to command their attention — children can be particularly susceptible to this kind of targeted advertising. Apps with trackers may not get past Google’s filter, but you can still find them on APKPure.

There are many risks online, so monitor your child’s app use and learn more about how to keep your children safe online.

Sometimes, Google blocks apps from the Play store because of security concerns. Then, these rejected apps often find their way onto APKPure. Google Play Protect can detect malicious behavior in Android apps, but if you download from APKPure you’re on your own. The app might be perfectly safe — even if it’s not up to Google’s standards — but it could also be riddled with security risks.

APK malware can steal all the information on your phone and cause major performance issues. See how to remove spyware from Android if you think you downloaded a shady app. And if you think your device has a malware infection, remove the virus from your phone immediately.

APKPure’s popularity makes it a prime target for hacking. In 2021, malware on the APKPure app flooded Android users with adware. Developers soon fixed the issue, but APKPure’s APK cure was too late — the trojan malware had already infected countless devices.

Another APKPure virus could happen at any time, because the APKPure service doesn’t have the robust security offered by official app stores like Google Play. Unforeseen mishaps are among the many reasons you should use an adblocker. APK apps make good hiding spots for adware, because most people assume apps have gone through proper protocols before they’re released to the public.

So, is APKPure safe? It depends. It’s not as safe as using an official app store, but no site is completely immune to malware and other cyberthreats. That’s why using the best antivirus software, such as AVG Antivirus for Android, is so important.

Get 6 layers of protection with AVG Antivirus FREE

AVG Antivirus FREE has won so many awards for a reason — your safety is our main priority. With 6 layers of security to protect your webcam, email, browser, and any apps you use, AVG lets you browse the web in peace.

Real-time, around the clock protection, automatic updates, and a flexible filter with heuristic detection to catch the latest threats means you don’t ever have to worry if you’re safe online. Browse safer with AVG Antivirus FREE.

Protect Your PC From Unsafe Files

Download AVG AntiVirus FREE to protect against unsafe files and attachments. Get real-time protection for your PC.

Protect Your Mac From Unsafe Files

Download AVG AntiVirus FREE to protect against unsafe files and attachments. Get real-time protection for your Mac.

Protect Your Android From Unsafe Apps

Install free AVG AntiVirus to protect against unsafe apps and downloads. Get real-time protection for your Android phone.

Get a Web Shield for Your iPhone 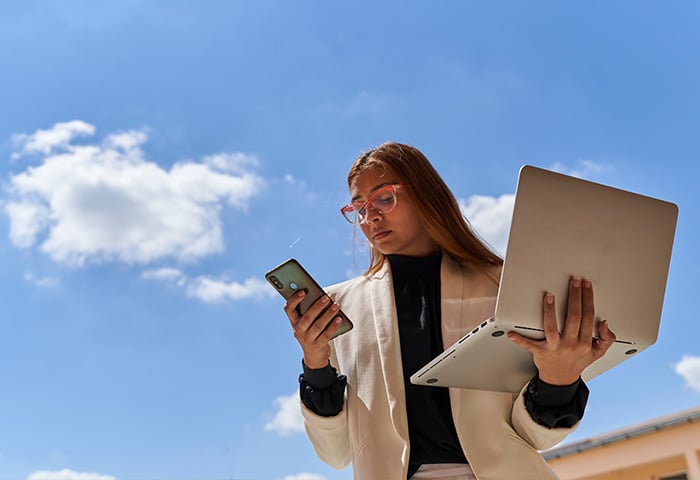 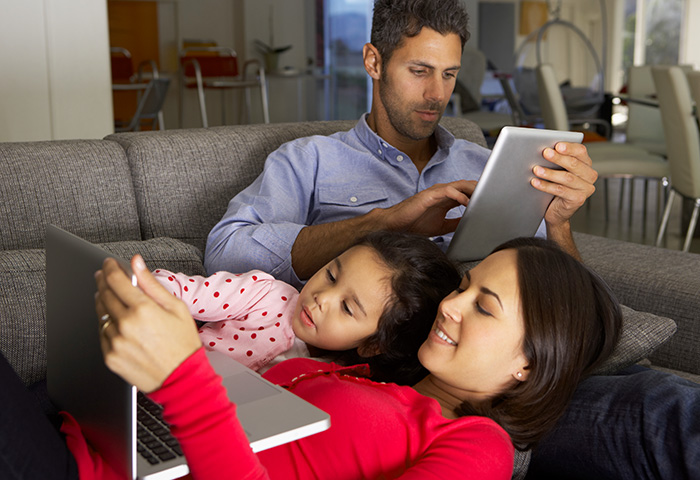 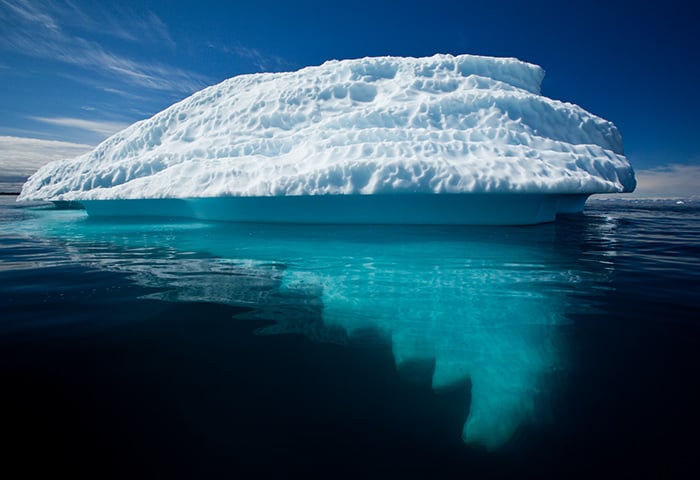 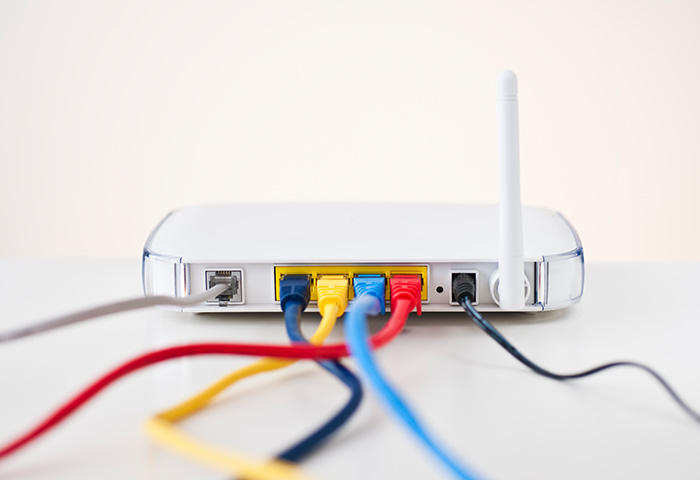 Protect your phone against unsafe apps with AVG AntiVirus

Protect your phone against unsafe apps with AVG Mobile Security