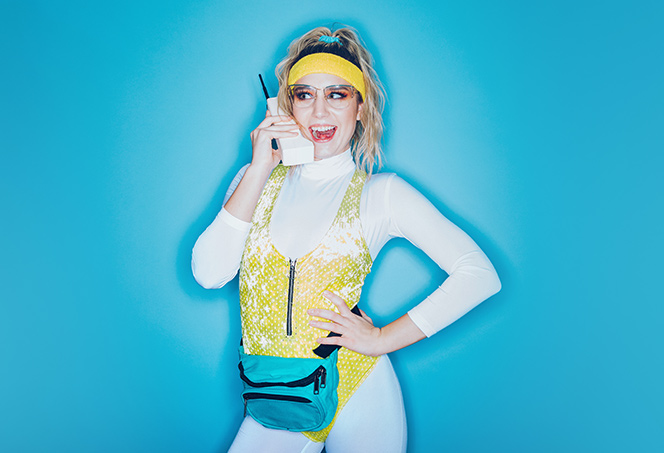 Here’s a painful but useful exercise: think back on your most humiliating moment.

We won’t even begin to guess what you might be thinking about, but trust us, we’ve all been there. We’ve all looked back on our past selves and wondered what the heck we were thinking. And in some respects, it’s good to reflect every once in a while, because it’s a reminder of how much we’ve grown and matured over the years. But even then, we can’t deny it would be nice if we could just… go back in time and erase some of our dumber decisions.

Unfortunately, we can’t do that in real life. Fortunately, we can do it in the digital realm, and it’s not even terribly hard to check over old posts and pictures and delete the stuff you don’t think are reflective of your character anymore.

And not only can we, we should. Here are a few reasons why:

The most important reason also happens to be the most obvious: the less “loose” data you have on the internet, the safer you’ll be.

For example, if you have an account security question (what’s your mother’s maiden name, what city were you born in) that can be answered by checking your Facebook page, it’s basically an invitation to get hacked. So pruning up your previous posts and history to avoid helping people guess those kinds of personal details is just common sense. This also includes any information that reveals where you live and what your schedule might be: not only can that information be used against you, it’s already been used against others.

Of course, posts that are five or ten years old might not be an immediate danger to you in that respect, but it’s not just criminals you need to worry about. Websites change hands often, and while it’s not likely anyone’s going to be buying out Facebook, smaller social media sites are absolutely up for grabs — and if you have something posted there and the site finds itself under new management, everything you have saved there will be usable at their leisure.

2. It could hurt your job prospects

You may be of the opinion that the divide between your work and your home life is solid and unbreachable, but most employers will disagree with you. In fact, more and more employers — up to 70% — are using social media to screen potential employees to see if they’re a good fit for their company. Which is easy enough to check, since they have all the information they could possibly need in your application to look you up on some of the major social media sites.

And if you’re trying to make a good first impression for a new job, maybe you don’t want them to see those spring break pictures you took nearly a decade ago.

But it’s important not to go overboard with your cleaning frenzy: employers still want to know who you are and what you’re about. In fact, nearly half of employers polled said they wouldn’t consider someone who had no social media presence. So there’s no need to delete your whole profile — just the stuff that’s not reflective of who you are anymore.

3. It could be used against you

If you’ve had your ear to the ground for the past few… years, we guess, you’ve probably heard of the James Gunn controversy, where the famous director got in a spot of trouble because some people took issue with several jokes he posted online that were in fairly poor taste. That sort of thing isn’t uncommon in the world of the rich and famous (and frankly, this is one of the more innocent examples of this kind of thing), but don’t think that only millionaire directors and politicians need to worry about being humiliated by their past. It could happen to anyone.

Granted, most of the time you find yourself in this situation, it’s because something you shared in confidence is being used against you, either to blackmail or defame you — that would be something like revenge porn. But it’s not limited to that. Facebook was founded 16 years ago. Twitter was founded 14 years ago. Instagram is a decade old. A lot of people changed in a lot of ways since then, and with how often people post stuff, you may have shared something years ago that you’ve forgotten about that you’d find mortifying today. The last thing you need is for someone else to dig that up before you do.

So we know it’s a good idea to declutter our social media a bit, but how do we go about actually doing that? Well, that largely depends on where you have a presence, but we can help you with the big three.

It’s silly easy: just log on, visit your page, then click the three dots in the upper-right hand corner of the post you want to get rid of. Near the bottom of the options you’ll see the ability to delete the post. Be warned, you still can’t delete photos of yourself on other people’s pages.

If you’d rather keep it around and just restrict who can see it, find the small triangle next to the date it was posted: click on that, and you can change the post’s permissions so that only certain people can see it.

Just click the little downward arrow on the upper-right side of the tweet you wish to delete: the option will be the first one you see. Unfortunately, you’re still restricted to only deleting your own Tweets.

Open up your profile (that’d be the person-shaped icon on the bottom right), click the photo you don’t like anymore, and then click the three dots in the upper-right corner. The option to delete will be right there.

We’ve all done things we regret. And we all wish there were some things we could have done differently. While the power of the internet still hasn’t given us the ability to ctrl-Z in real life, at least we can erase it from our timelines so we don’t have to worry about it ambushing us when we least expect it, be it in a hacker’s toolkit, an unplanned addition to your resume, or a friend’s DMs.

Unfortunately, if you really want to keep past mistakes from coming back to haunt you, you can’t stop here. Thanks to data-aggregate companies, your every move online could be tracked, traced, and used to build a portfolio of you that’ll be used to create targeted ads you might not want to see — or even raise the prices of the stuff you want. To really erase the ghosts of the past, you’ll need AVG AntiTrack, which can disguise your online identity and stop any attempts to track your online movement. 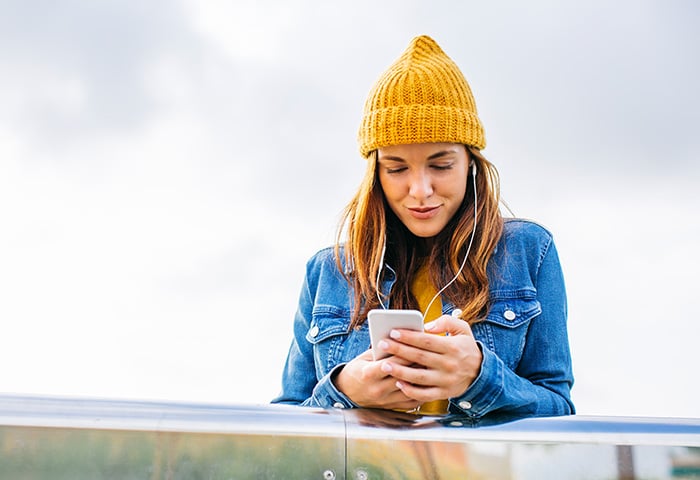