It’s easy to ignore how the internet works when you visit websites or use your favorite apps. But a lot depends on computers, servers, and modems communicating with one another behind the scenes. TCP/IP is a communication standard that helps power the internet. Learn what TCP/IP is, how it works, and the differences between TCP and IP. Then, get a VPN to keep all your internet traffic secure. 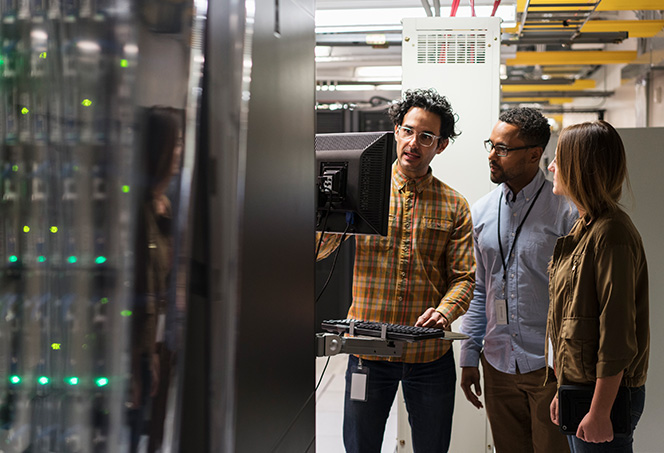 What is TCP/IP and what does it stand for?

TCP/IP is a data link protocol used on the internet to let computers and other devices send and receive data. TCP/IP stands for Transmission Control Protocol/Internet Protocol and makes it possible for devices connected to the internet to communicate with one another across networks.

Originally developed in the 1970s by DARPA (the Defense Advanced Research Projects Agency in the US), TCP/IP started out as just one of many internet protocols. The TCP/IP model later became the standard protocol for ARPAnet, the modern internet’s predecessor. Today, TCP/IP is the global standard for internet communications.

What does TCP/IP do?

TCP/IP determines how computers transfer data from one device to another. This data needs to be kept accurate so that the receiver gets the same information that the sender originally sent.

So what is TCP/IP and how does it work? To ensure that each communication reaches its intended destination intact, the TCP/IP model breaks down data into packets and then reassembles the packets into the complete message on the other end. Sending the data in small packets makes it easier to maintain accuracy versus sending all the data at once.

After a single message is split into packets, these packets may travel along different routes if one route is congested. It’s like sending a few different birthday cards to the same household by mail. The cards begin their journey at your home, but you might drop each card into a different mailbox, and each card may take a different path to the recipient’s address.

How does the TCP/IP model work?

Whenever you send something over the internet — a message, a photo, a file — the TCP/IP model divides that data into packets according to a four-layer procedure. The data first goes through these layers in one order, and then in reverse order as the data is reassembled on the receiving end.

A diagram of how the TCP/IP model divides data into packets and sends it through 4 different layers.

The TCP/IP model works because the whole process is standardized. Without standardization, communication would go haywire and slow things down — and fast internet service relies on efficiency. As the global standard, the TCP/IP model is one of the most efficient ways to transfer data over the internet.

VPN protocols, such as OpenVPN, create secure and private networks through the internet. AVG Secure VPN uses powerful data encryption to secure your internet connection, while hiding your IP address behind one of our many VPN servers in over 50 locations worldwide.

Try AVG Secure VPN today and get secure and private browsing with a 7-day free trial.

What is the difference between TCP and IP?

TCP and IP are separate computer network protocols. The difference between TCP (Transmission Control Protocol) and IP (Internet Protocol) is their role in the data transmission process. IP obtains the address where data is sent (your computer has an IP address). TCP ensures accurate data delivery once that IP address has been found. Together, the two form the TCP/IP protocol suite.

In other words, IP sorts the mail, and TCP sends and receives the mail. While the two protocols are usually considered together, other protocols, such as UDP (User Datagram Protocol), can send data within the IP system without the use of TCP. But TCP requires an IP address to send data. That’s another difference between IP and TCP.

What are the layers of the TCP/IP model?

There are four layers of the TCP/IP model: network access, internet, transport, and application. Used together, these layers are a suite of protocols. The TCP/IP model passes data through these layers in a particular order when a user sends information, and then again in reverse order when the data is received.

The network access layer, also known as the data link layer, handles the physical infrastructure that lets computers communicate with one another over the internet. This covers ethernet cables, wireless networks, network interface cards, device drivers in your computer, and so on.

The network access layer also includes the technical infrastructure — such as the code that converts digital data into transmittable signals — that makes network connection possible.

The internet layer, also known as the network layer, controls the flow and routing of traffic to ensure data is sent speedily and accurately. This layer is also responsible for reassembling the data packet at its destination. If there’s lots of internet traffic, the internet layer may take a little longer to send a file, but there will be a smaller chance of an error corrupting that file.

The application layer is the group of applications that let the user access the network. For most of us that means email, messaging apps, and cloud storage programs. This is what the end-user sees and interacts with when sending and receiving data.

Which IP addresses do TCP/IP work with?

Whether you have an IPv4 or IPv6 address, you’re likely already using the TCP/IP model. This is the standard model for most existing internet infrastructure. There are different categories of IP addresses that may affect your privacy or how the protocol works — such as public vs. local IP addresses or static vs. dynamic IPs — but they still follow the standard TCP/IP model.

TCP/IP: The most common protocol

TCP/IP is the most commonly used protocol suite on the web — so common that most people don’t even realize they’re using it. Most computers have TCP/IP built in as standard, so there’s no manual setup required. Just connect to your local wireless network, and you’re ready to go.

But while TCP/IP is the most common protocol, it’s not the most secure. That’s why our security experts built AVG Secure VPN, which provides strong encryption on the OpenVPN protocol (in Windows and Android) and the IKEv2 protocol (for Mac OS and iOS devices) — both of which are more secure than the standard TCP or IP protocols.

AVG Secure VPN secures your device no matter where you are, whether you’re connected to public Wi-Fi or on your home network.

What is my TCP/IP address?

To find out your TCP/IP address, just hop over to your favorite search engine and enter the phrase “what is my IP address.” You’ll see your IP address displayed at the top of your search results. For more detailed instructions, check out our detailed guide to find your IP address on any device.

Are my data packets private?

No, your data packets are not private. Without extra protections in place, your data packets can be seen by others if they’re sniffing around your network. This is one of the chief risks of public Wi-Fi: anyone on the same network can help themselves to your data.

Additionally, you can keep your data secure by hiding your IP address and encrypting your data — both of which happen when you use a VPN. You’ll also enjoy numerous other VPN benefits, including masking your location, preventing your ISP (internet service provider) from seeing which websites you visit, and unblocking websites.

A VPN creates a secure, encrypted tunnel for your data as it travels across the internet.

Encrypt and protect your data packets with a VPN

Protect your data and your privacy with the powerful security of AVG Secure VPN. Wherever you go, your data will be safe on any Wi-Fi network, including public networks.

AVG Secure VPN also provides military-grade encryption for your data so no one — not hackers or your ISP — can see what you’re doing online. It’s also easy to set up, with just three simple steps to get connected. Enjoy all the benefits of a leading VPN today with a 7-day free trial. 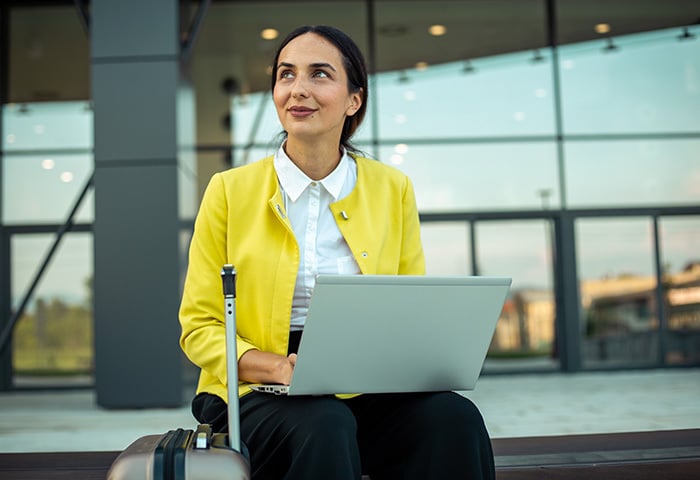 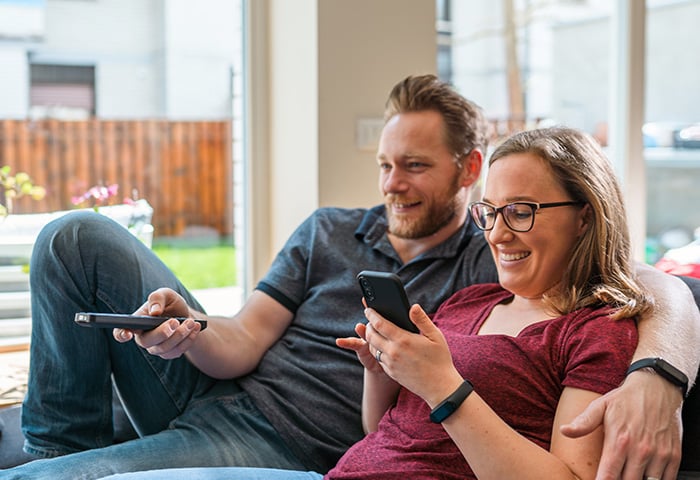 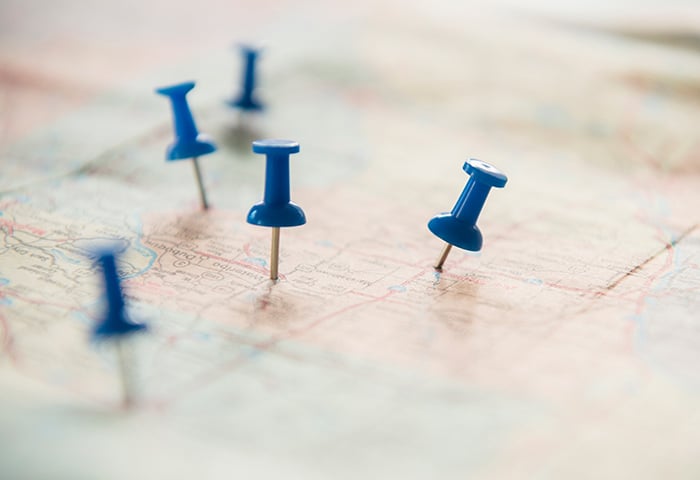 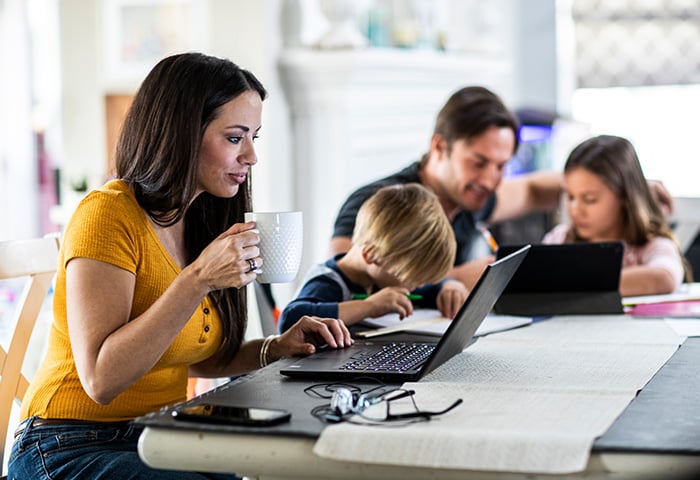