How to Hide Apps on Android

You can have the most secure lockscreen in the world, but there’s always the chance that at some point, someone’s going to have your unlocked phone in their hands. If and when that happens, wouldn’t it feel reassuring to know that your most sensitive apps are hidden from view? 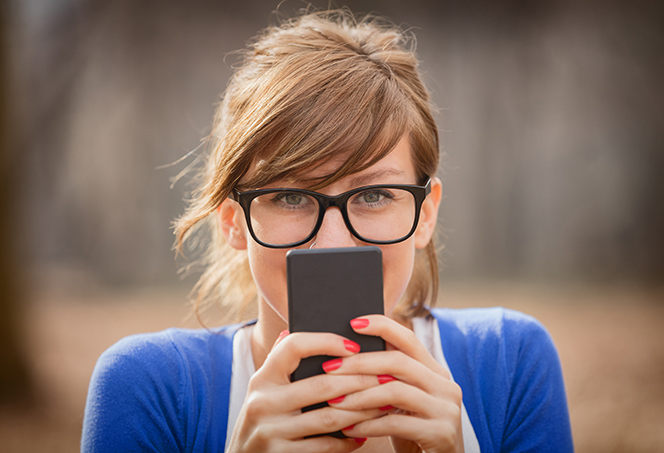 There are plenty of reasons why you might be wondering how to hide apps on your Android phone. With mobile payments becoming so popular, many people have sensitive financial data on their phones, available to anyone who gets past the lockscreen.

Parents frequently use content-locking technology on their children's devices, and hiding apps on Android is a great way to keep kids from looking at things they shouldn’t. Or maybe you’d simply prefer for some things to remain private when lending your phone to a friend or family member.

In any case, you’ll be relieved to know that it’s very much possible to hide apps on your Android phone. In this article, we show you a variety of methods to conceal and disguise apps to prevent others from accessing them.

1. Use a third-party app

The simplest method is to install a third-party app that’s been created specifically for this purpose. These “app-hider apps” can help you change the names and icons for the apps on your screen, or hide your apps completely. Some of these secret app hiders can even disguise themselves as another type of inconspicuous app, like a calculator or calendar.

Let’s take a look at two of the most popular options out there — and as we do, remember to always practice responsible Android app safety when installing third-party software. Launchers (which help you personalize your phone) and app hiders usually require a lot of sensitive permissions on your device. Some may even be malware in disguise, so be careful when choosing one.

Nova Launcher, available in free and paid versions, is a replacement home screen for anyone looking to tune up their user experience. We like that it doesn’t require root access to your phone, so you don’t have to give the app full control over your device. After installing Nova and setting it as your default launcher, you can edit the names and icons of your apps in the app drawer so that they appear however you like.

Swipe up to open your app drawer, long-press on the app you want to edit, then select Edit. 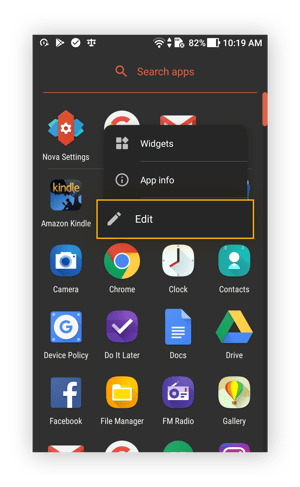 Rename the app to anything you like, then tap Done. You can also edit the app icon by tapping it. 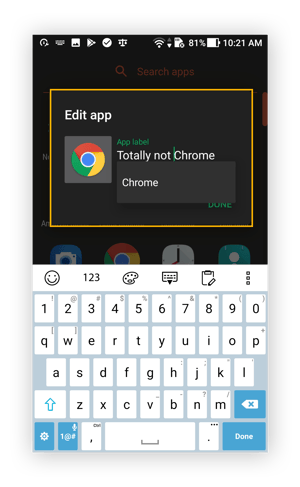 The paid version of Nova Launcher allows you to hide apps from your app drawer, though they’ll still be searchable if anyone knows what to look for.

App Hider is another popular free (and ad-supported) choice that, as the name implies, will help you conceal your selected apps from view. As a bonus, it also hides itself as a calculator. Anyone having a casual browse through your phone will be far less likely to suspect that you’ve engaged in any sleight of hand.

Install and open App Hider, then tap the + icon to select an app you’d like to hide. 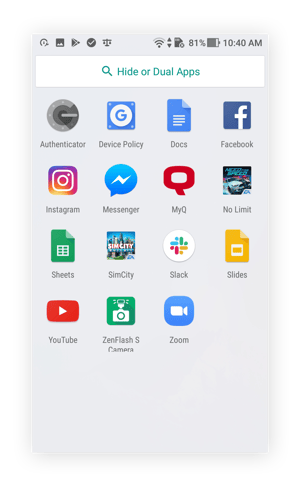 For this quick example, we’ve chosen to conceal Slack. Leave your work at work! 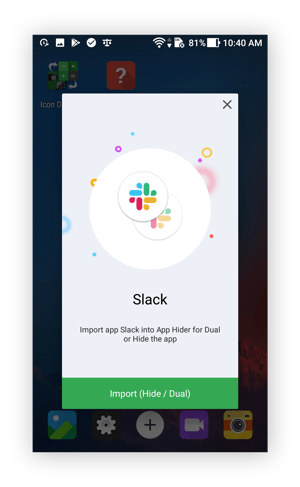 Once you’ve imported your selected app into App Hider, tap it in the App Hider menu to either hide it or run multiple instances of it with the Dual feature. 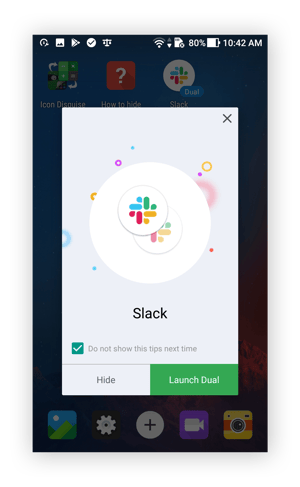 From the App Hider menu, you can also choose to conceal the app itself as a calculator. 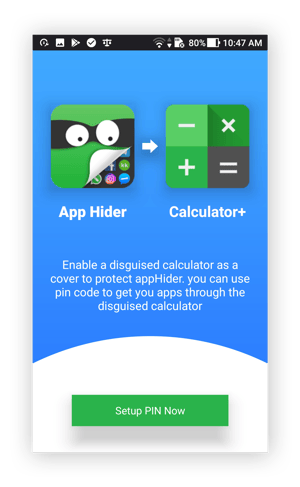 You’ll be prompted to set a PIN. When you enter this PIN into the Calculator+ app, it’ll open App Hider. Otherwise, it’ll behave as a fully functional calculator! 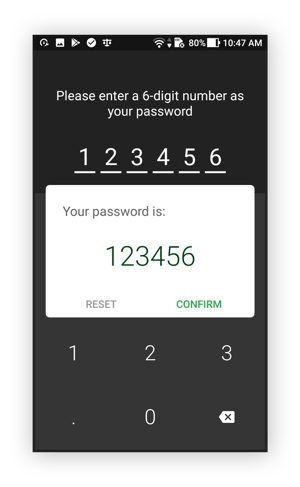 Looking back at our app drawer, we see that App Hider is gone, replaced by the seemingly innocent Calculator+. 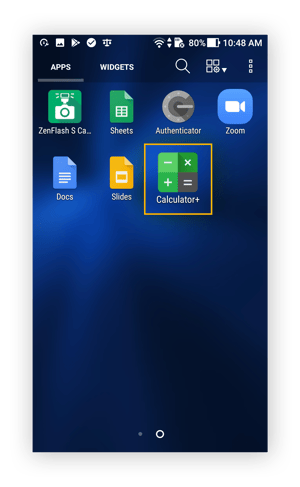 2. Create a guest account or use your phone’s private mode

Rather than install a third-party app hider, you can go the stock Android route with a guest user account. It’s a bit more cumbersome and conspicuous, as it involves switching over to the guest account when sharing your phone, and so it’s probably not the best option for ultra-secrecy — though for parents wishing to child-proof their phones or otherwise try to keep their children safe online, it’s an effective solution.

Swipe down to slide open your notifications drawer, then tap the cog icon to open your Settings. 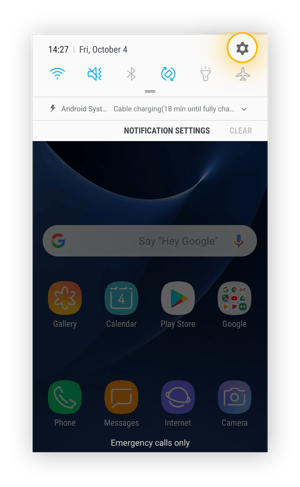 Scroll down and tap Lock screen and security.

Scroll through the options until you find Private mode, then tap it. 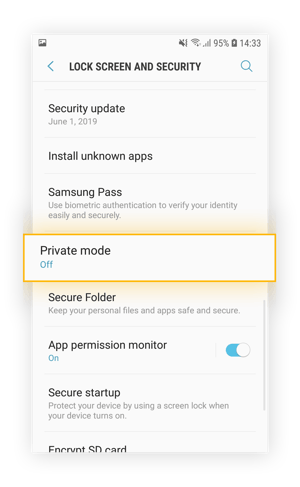 Activate Private mode with the toggle at the top-right. 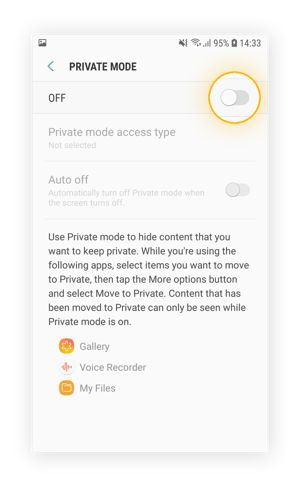 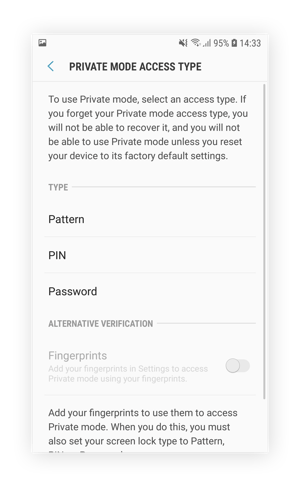 After you’ve configured your desired access mode, you’ll be able to turn Private mode on or off as needed. Your chosen content will only be available to users who can activate Private mode. If you’re about to lend your phone to an untrusted party, simply toggle it back off to protect your secrets.

Lots of phone manufacturers and carriers “augment” Android with their own supporting apps, known affectionately as “bloatware.” If, like many Android users, you’d prefer to get these (often) unnecessary system apps out of the way, you’ve got a couple choices ahead of you — principally determined by whether or not you’re willing to root your phone.

Rooting, or “jailbreaking," is a process that allows you to install apps or make changes that would otherwise be prevented by a manufacturer’s inbuilt restrictions on the device. With this increased flexibility comes greater risk, as you can no longer rely on your phone’s innate security systems to protect against unsafe apps and malware.

Choosing to root your phone will also void your warranty and may also prevent you from using internet banking and other financial apps like Google Pay.

If you don’t want to take the plunge into rooting your device just yet, you can still do something about apps you don’t want to be seen. Many system apps can’t be completely uninstalled without rooting your device, but you can disable them. This will remove them from your home screen and also prevent them from running in the background. Sadly, they’ll still take up a bit of storage space, but it’s better than nothing.

Disabled apps may still appear in your results when searching for apps within your phone. Depending on your device’s manufacturer, they may also appear within the list of apps in your Settings. Google Assistant may also be able to open disabled apps on some phones. Disabling an app is primarily about not having to look at it on your home screen anymore.

To disable an app, first open your Settings menu by swiping down and tapping the cog icon.

Find the Apps menu and tap it. 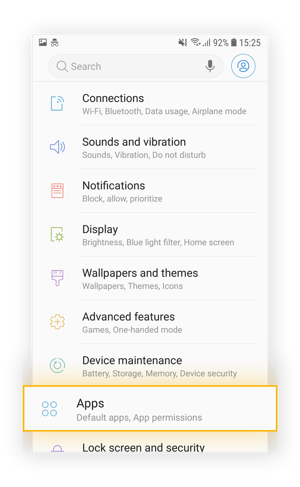 Once in the Apps menu, select an app that you’d like to disable. For this example, we’ve chosen Facebook. Tap the Disable button to disable it. 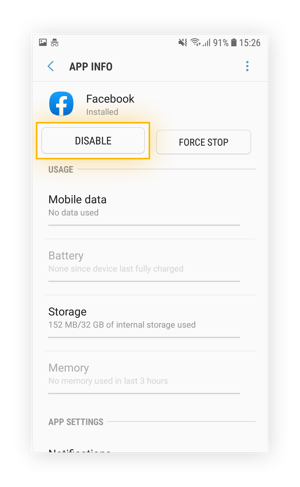 Confirm that you’d like to disable the app by tapping DISABLE. 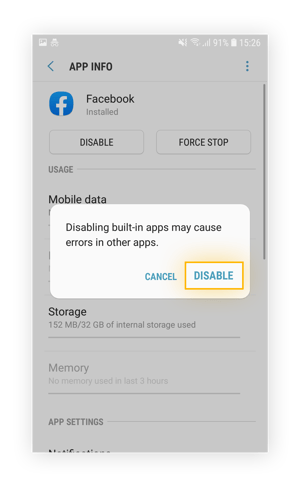 If at any time you’d like to use the app again, simply repeat the steps you just followed, but choose Enable this time instead. 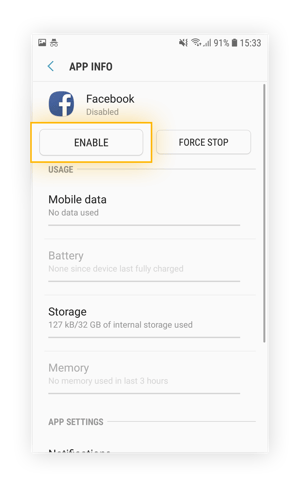 With a rooted phone, you can go further than simply disabling system apps. Now, you can remove them completely from your device, netting you an increase in both performance and storage space. If this appeals to you, bear in mind that rooting is a very risky process that can cause many more problems for you than it solves.

Rooting leaves the door wide open for malware, especially if you’re not an experienced phone surgeon. You might wind up having to remove malware from your phone along with the comparatively harmless bloatware that got you here. And as mentioned earlier, rooting your phone will void your manufacturer’s warranty.

If you decide to root, once you’re done, you’ll need to select from the wide range of apps out there that can remove system apps with root access. Since you’ve removed your phone’s security measures, be extra-careful when researching and picking one to use.

Protecting your personal data from anyone with physical access to your phone is just one part of the overall privacy picture. As long as your phone is connected to the internet — so, pretty much all the time — there’s the chance that somebody might be able to intercept your traffic. This is especially common on unsecured public Wi-Fi networks, such as those in airports and cafes.

AVG AntiVirus for Android protects you from privacy threats with comprehensive mobile security. If your phone is stolen, you’ll be able to lock or wipe it remotely to prevent your sensitive data from falling into the wrong hands. Meanwhile, keep internet snoops out with AVG Secure VPN — its end-to-end encryption safeguards your online activities, making it your own personal tunnel through the net.