Why Your Phone Gets Hot and How to Fix It

If your Android phone is getting hot or overheating, there are a number of possible causes. Find out what’s making your phone get so hot, how to fix the problem, and how to prevent phone overheating in the future. Then, protect your phone with a powerful security tool. 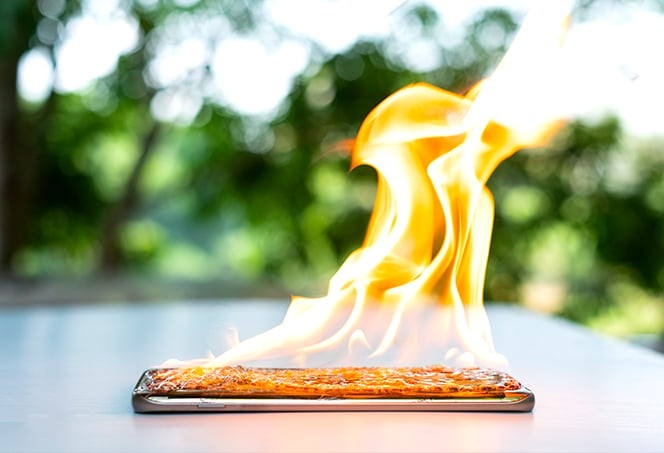 Why is my phone hot?

Phones often get hot from overuse or from having too many active apps. Your phone may also overheat due to malware, misbehaving software, or exposure to direct sunlight. It’s normal for phones to get a bit warm, but sustained heat can signal a deeper problem.

We’re here to help you figure out why your phone is overheating. Generally, your phone gets hot because the battery is working hard — if you feel heat coming from the back of your phone, it’s likely your battery.

Modern smartphones use powerful lithium-ion batteries that release heat as they generate electricity. That’s why a little heat is normal, especially if you’ve been using your phone for a while.

Why is my Android overheating?

Some of the common causes of phone overheating — such as malware, rogue apps, and overactive background processes — are more common on Android devices. If your Android device or battery regularly gets too hot, read on to learn how to turn down the heat.

Why is my iPhone overheating?

Because iPhones don’t get viruses and Apple doesn’t allow non-approved apps on the App Store, you might think iOS devices are less prone to typical phone issues, including overheating phones. So, if you’re wondering why your iPhone is overheating so quickly, we’ll help you figure it out.

Likely causes of an overheating phone

It’s normal for your phone to feel slightly hot. Your phone temperature will increase whenever you’re using it for prolonged periods of time, running power-intensive apps, or using more apps than usual. Phone overheating can often happen in the following situations.

1. Gaming for long periods of time

The sheer breadth of available mobile games is arguably one of the best reasons for buying a smartphone. However, high-intensity gaming apps use your phone’s central processing cores in addition to its graphics processing unit (GPU), which can make your phone warm up

Watching YouTube or Netflix for hours is another surefire way to overwork your phone’s processor. Streaming content or watching TV online means your phone has to load video data and keep the display active for a prolonged period of time.

Is your screen brightness always at full blast? Do you use an animated wallpaper with widgets everywhere? Instead, try a static background and let your phone automatically adjust the screen brightness to match your environment. This will lighten the load on your phone’s CPU usage and keep your phone temperature down.

If an app has a bug or other problem, it may cause increased phone temps by overusing your device’s processor. Keeping your apps and operating system updated is important because updates often include bug fixes. After you apply the update, your phone should have better performance and overheat less frequently.

A phone may overheat during or right after an update. This can be because there was a bug in the OS that required fixing through the update, which can require increased power at the moment (but shouldn’t trigger a long-term overheating issue).

Leaving your phone outside in the sun or in your car on a hot day can cause it to overheat. This will also prevent the touchscreen from working properly and cause the battery to drain faster (excessive cold can have the same results). In addition to sun and heat exposure, water damage can also cause phone overheating. 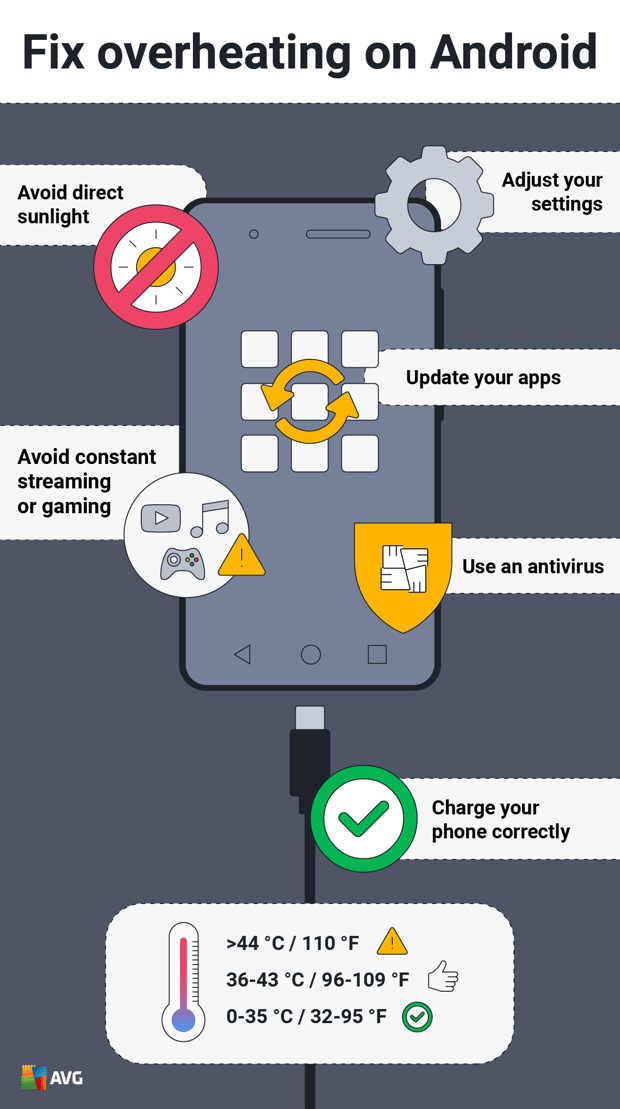 How to stop your phone from overheating

With a few quick fixes, it’s easy to prevent high phone temperatures. The basic phone-care habits listed here can help prolong your phone’s lifespan and keep your phone from getting too hot. Here’s how to stop your phone from overheating.

Use a quality charger from your phone manufacturer or another trusted brand, and charge your phone on a smooth, firm surface. Charging your phone on your couch or bed will prevent it from venting heat as it charges.

You may have heard that overnight charging is bad for your smartphone’s battery, but that’s a myth. Smartphones have protections in place to prevent overcharging, so you’re fine to charge overnight — as long as you’re charging your phone on a hard surface.

If you notice your phone heating up for no apparent reason, check out the apps you’ve recently installed. Buggy apps can cause overheating, and updating your apps usually fixes this kind of problem.

If not, try uninstalling the app to determine if it’s the reason your phone is overheating. Also keep your phone’s operating system updated for optimal device performance and security.

Whether you’re outside in the sun or charging your phone near a window, keep it out of direct sunlight. Put something over it, keep it in your bag, or move it into the shade.

Mobile spyware targeting Android and other types of malware can make your phone work overtime, causing it to get too hot. Remove the mobile malware to stop your phone from overheating.

Mobile malware can also leak your sensitive information, steal your banking details, spy on your physical location, and drain your battery. Mobile ransomware can encrypt important files or even your entire device.

Protect your phone against the malware and rogue apps responsible for skyrocketing phone temperatures with the free AVG AntiVirus for Android.

How to cool your phone down

To quickly cool down an overheating phone, remove your phone’s case, which may be trapping heat. Next, turn on airplane mode to deactivate battery-draining features like wireless radio, Bluetooth, and Wi-Fi or cellular signal search. You can reconnect after your phone cools down.

Never put your phone in the fridge or freezer, as exposing your phone to extreme temperatures or moisture can cause irreparable damage. Instead, try blowing on your phone or placing it in front of a fan to cool down.

Your cell phone works best at temperatures between 0 and 35 degrees Celsius (32 and 95 degrees Fahrenheit), and exposure to temperatures outside of that range can impact your phone’s performance or hardware. If your phone is overheating because of direct sunlight or heat, move it to a cooler or shadier place.

Here are some other things you can do to help your phone cool off:

Where is the heat coming from?

When a phone gets too hot, the heat is usually coming from the battery, processor, or screen. These components all generate heat — chemicals inside your phone’s battery create electricity, the processor transfers information at high speeds, and your phone’s screen emits light.

So how can you pinpoint what’s happening? You can make an educated guess about why your Android phone is heating up based on where the heat is coming from.

Back of the phone

If the back of your phone is getting hot, your battery may be overheating. Most modern mobile phones use lithium-ion (Li-ion) batteries that, despite their size, pack a powerful punch.

Lithium-ion batteries are generally safe, but malfunctions can occur. A hot battery could also need to be replaced, especially if it’s older — your battery may lose efficiency over time.

Bottom of the phone

See if the bottom of the phone is hot to the touch when charging — if so, the problem might be with the charger. The most reliable charger will be the one from your phone’s manufacturer. Third-party chargers are also fine as long as they’re made by a reputable provider.

Above the battery, by the speaker, or the screen

If your phone’s excess heat isn’t coming from the battery or charger area, the temperature increase might happen as a result of an overworked processor or even from external factors, like direct sunlight.

Hot vs. warm: What’s the difference?

Is your phone hot, or is it just warm? Generally, a phone’s internal temperature can reach 36 to 43 degrees Celsius (96.8 to 109.4 degrees Fahrenheit) and still be considered normal. Here’s how you can determine your phone’s temperature.

On Android, such as a Samsung S8 or LG model, the nifty AIDA64 app will give you a ton of information about your device’s hardware and software, including a phone temperature report. You can also check and monitor your CPU temperature if you’re worried your PC might be overheating as well.

Since some phone heat is normal, it’s better to determine overheating based on how often you notice your phone getting hot, or if the temperature is physically uncomfortable. Your phone should not be getting hot several times a day, or for seemingly no reason.

Temperature ranges for safe to unsafe phone heat on Android.

If you’ve had your phone for years, you may notice increasing phone temp issues over time. But there’s still a big difference between older Samsung or other Android models overheating more often (as they struggle to keep up with updates) and the intense overheating seen with the Samsung Galaxy Note 7 battery explosions. The TSA still doesn’t allow that particular Samsung Galaxy model on flights.

Though the Samsung Galaxy Note 7 is a particularly extreme case, we recommend reading reviews before you buy a new device to reduce your risk of dangerous phone overheating (or other problems). Samsung has attempted to mitigate phone overheating in the S7 and S8 models with a liquid cooling system.

When there’s a bigger problem

There are many simple explanations for why your cell phone is getting hot, but that doesn’t mean there’s always an easy fix. A chronically overheating phone can be a sign that your phone is infected with malware.

Malware often consumes a ton of RAM and CPU power, which causes phone temps to rise. Android phones can even get ransomware, which locks up your files or entire device and demands a ransom to return access to you. And that’s not the only type of malware floating around.

With the explosion of Bitcoin, hackers have become very interested in cryptojacking, which means hijacking devices to mine cryptocurrency. In 2017, a strain of Trojan malware called Loapi infected Android phones by disguising itself as a fake antivirus app in the Google Play store.

Loapi malware was used by hackers to secretly mine Monero cryptocurrency. This maxed out the processor’s computing power and caused the device to overheat, making the phone’s battery bulge noticeably just two days after the initial infection.

A 2019 Android cryptominer spread automatically via SSH and ultimately affected victims in over 20 countries. There have also been a growing number of fake Android apps that infect devices with CoinHive, another type of Monero-mining malware. Hidden inside HTML files in the assets folder of the apps, the mining script activates once the app is opened and continues running in the background.

Since many of these malicious apps have been found in the Google Play store, paying attention to phone overheating is crucial to identify a mining malware (or other malware) infection. Removing malware from your phone is essential to your phone’s ongoing health and performance.

Since Android phones are more vulnerable to malware than iPhones, a trusted mobile antivirus like our free AVG AntiVirus for Android is a must. Not only is it the best way to prevent malware from harming your device, but it also protects against unsafe apps, unwanted callers, theft, and much more. 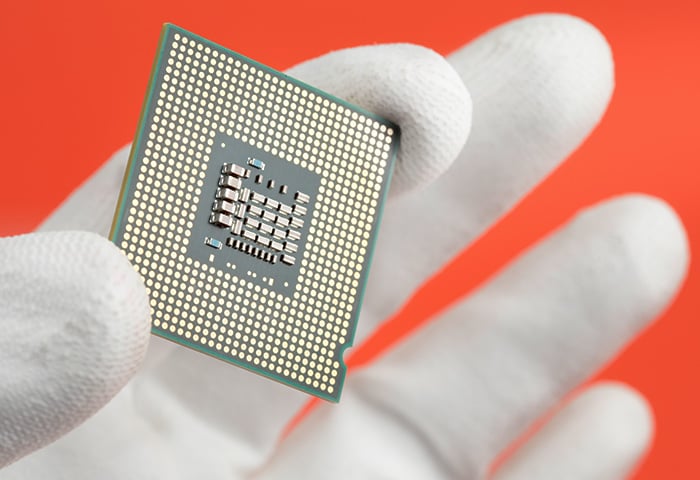 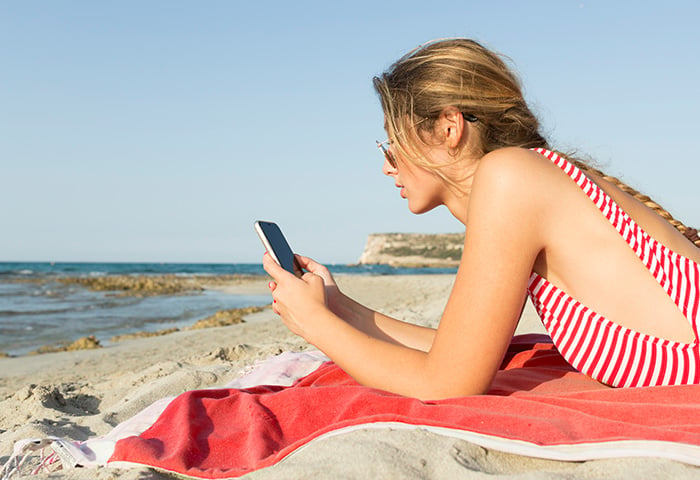 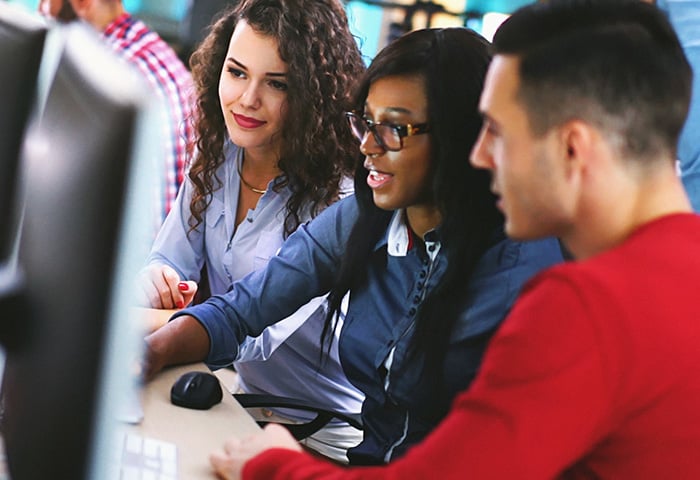