Is Disk Fragmentation Still a Thing? Everything You Need to Know

If your PC is running slower than it should, it could be the usual suspects, like background programs or viruses. Or it could be file fragmentation, which means that your files are scattered all over your hard disk in a chaotic manner. This is such a major (and common) performance hit, Windows comes with its own disk defragmenter.

Before we explain exactly what fragmentation is and how to fix it, let’s be sure it really applies to you. Only traditional, mechanical drives suffer from fragmentation and the slowdown it occurs – newer SSDs aren’t affected.

How do I check if I’ve got an SSD or an HDD?

A great majority of the world’s PC users still rely on mechanical disks. Despite the push by manufacturers to replace the old clunky HDDs with SSDs, around two-thirds of new PCs sold this year will still use the older technology. So unless you’ve got a state-of-the-art machine, you probably have one of these older devices. To verify this, fire up the built-in defrag tool: open the Windows Start menu, type in Defrag and hit the Enter key. 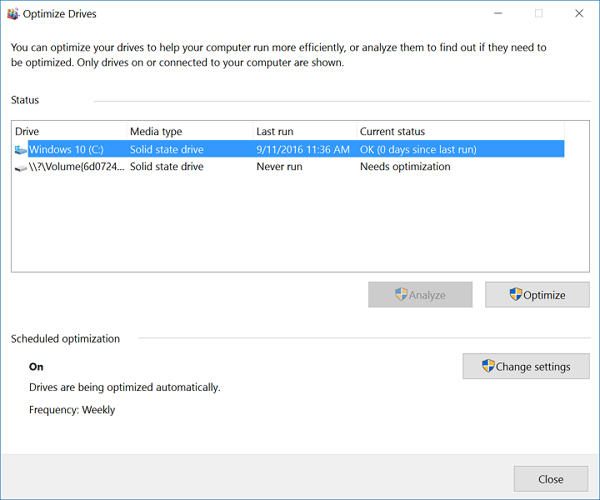 If it says Solid state drive under Media type, then this article isn’t for you.

If it says Hard disk drive, time to defrag.

What exactly is fragmentation?

So let’s break it down: The more programs you install (and uninstall), the more updates you run, the more files you move … the more chaotic your hard disk gets. For example:

And this is just one program and one set of actions. Your operating system and the applications you use on a regular basis mean you and your PC are repeating this procedure thousands of times EVERY DAY. Even when you’re just browsing the Web or receiving e-mails, your hard disk becomes progressively fragmented, weakening performance.

The slowdown effect is related to how many files are being accessed at the same time. Also, your hard disk is mechanical and therefore the weakest link in the chain. Your processor, main memory, and motherboard all have to wait until data is read by the slow mechanical hard disk.

This is where defragmentation comes in. The process puts the scattered file fragments back together, thereby accelerating the system.

Defragmenters have been around for ages. Old timers will remember the 1993 version of Microsoft Defrag: 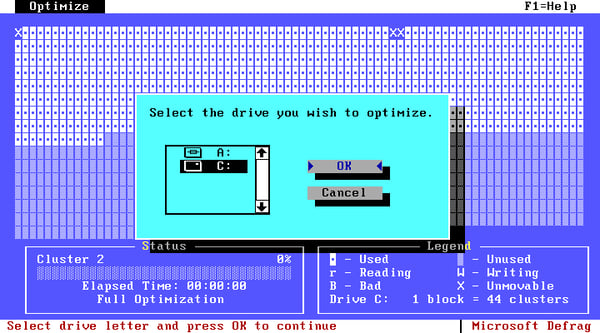 Back then it really did make a difference when launching DOS, Windows 3.1 and various applications. The representation above shows “clusters” of a hard disk being reordered and put together coherently. Today, Windows 10s Defrag is more efficient and automatically defrags your hard disk.

Choosing the right defragmenter for your disk

But it is rather basic. So I suggest individual users go with a third-party defragmenter.

For those of you with AVG PC TuneUp suite, use the “Drive Defrag”. Unlike Windows, it makes sure that free disk space is laid out in a contiguous manner and puts important files at the beginning of the hard disk, where read/write operations are generally a tad faster.

Administrators might want to check out O&O Defrag 19.5, which offers a variety of options, including one that optimizes server hard disks and one that is optimized for workstation use.

Run or disable the Windows defragmenter

Even if you use a third-party defrag tool, you need to run the Windows defragmenter at least once. To do so: 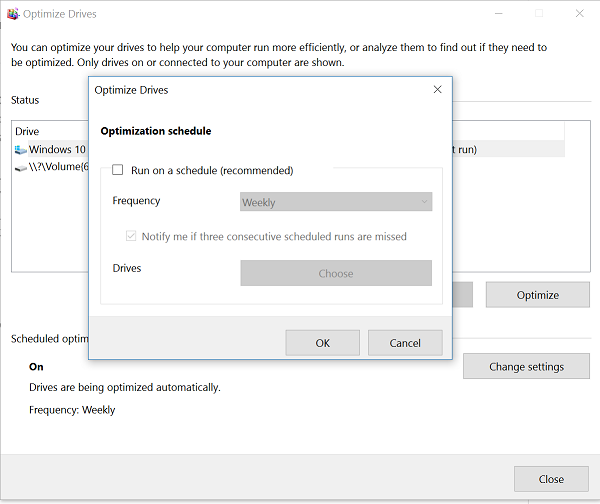 After that, run your defrag tool according to the manual.

But no matter which program you use: If you use a defragmenter, boot time will go down, and your programs will respond much more quickly. 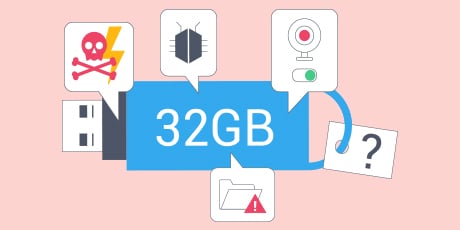 USB devices are like slices of cake: nice as long as you don't find them randomly on the ground. Let AVG explain the risks of plugging in strange USB devices. 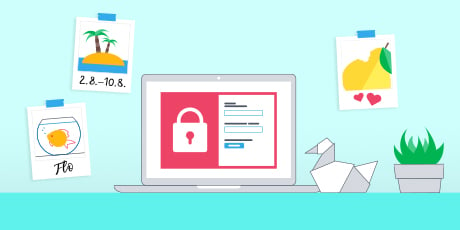 Are You an Online Oversharer?

Are you sharing too much about yourself online? You could be without even knowing it. AVG talks through the risks of online oversharing. 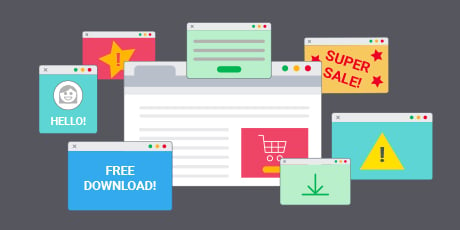 What is Adware and How to Get Rid of it?

Adware is aggressive or malicious advertising software that bombards you with unwanted ads. Find out more about adware and how to remove it. 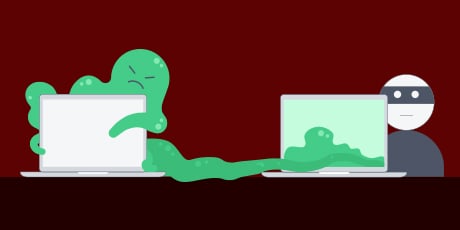 Hidden deep in the OS, rootkits let hackers control your device without your consent. Learn how to root out the rootkits with AVG's anti-malware tools here.