Santa: The Greatest Malware of all Time

Every day, AVG detects and stops millions of viruses, worms, ransomware and phishing attacks, so we’ve come to learn a thing or two about them. But while malware comes in all shapes and sizes, the most damaging ones are never content just ruining your system: they’ll try to spy on you, steal your data, and profit at your expense. 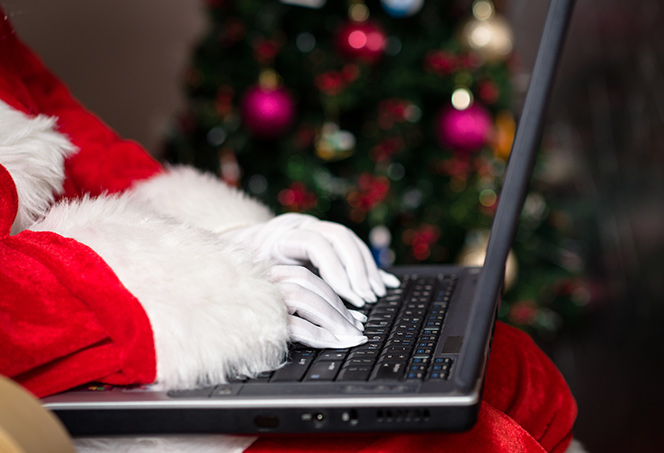 And Santa Claus does all of those things.

It’s well-known that Santa is spying on you. We even celebrate the fact he sees us when we’re sleeping, and knows when we’re awake. But whereas governments, hackers, and companies get scorned when they’re caught invading our privacy, through a nefarious propaganda campaign Santa was able to trick us into accepting him into our lives, allowing him to keep an eye on us nearly 24/7.

And thanks to this spying, this jolly jelly-belly is ruthlessly efficient at gathering data on you. He’s so skilled at it that he’s actually got a list of people, naughty and nice alike… and he knows everything about them: their names, birthdays, addresses, even the items on their Amazon wishlist. But he’s not just collecting your data for fun and games...

It’s well-known that Santa is spying on you

2017 might have been known as the year of Ransomware thanks to Wannacry and NotPetya, but Santa’s been using that playbook for years now. Every December, he uses the data he’s gathered from you to break into your home and leave you coal if you’ve been naughty; forcing you to behave well if you want to receive presents next year. It might not seem as nefarious as normal ransomware, but he’s every bit as intrusive (and way more judgmental).

Why would anyone accept this merry malware in their lives? Well, like most malware, he needs to find some way onto your system… and the Santa malware has some of the most sophisticated attack vectors we’ve ever seen.

Malware frequently exploits outdated systems in order to access your data, and Santa Claus fits that MO perfectly. Failed to update your home with a central heating system or still rocking a fireplace? Then you’re vulnerable, as Santa Claus is known to use the chimney to sneak past your security.

But even if you have a state-of-the-art home, Santa can still compromise it. When malware infects a device, it rarely stays put. It will access the network it’s connected to and use that to infect other machines. Santa Claus does the exact same thing: If one house in your neighborhood is infected with Santa, through ‘Holiday Spirit’, he’ll spread to other houses nearby, creating a domino effect. Worse still, Santa is a legacy virus, meaning he can transfer from parents to their children, unless they’re properly patched with the latest cynicism updates.

Haven't updated to a central heating system? Your fireplace leaves you vulnerable

Even with all those defenses up, Santa has one more trick up his sleeve: Phishing. Normally, phishing involves tricking users into downloading malware. The Santa malware, however, takes that to the next level by promising children and adults alike presents, candies, and other treats if they allow him into their homes. This tactic has duped people from all walks of life to accept Santa with open arms… and leave themselves vulnerable to his machinations.

So we’ve proven beyond a shadow of a doubt that Santa Claus is malware which spies on you and steals your data, so what can we do about it? AVG is currently working tirelessly to capture this malware, sending our IT team to the North Pole with fishing nets and bait cookies to capture this merry mechanical monster, but in the meantime, there are things you can do to keep your home and family safe.

How to beat the Santa malware

Reduce the vectors of attack

We understand that not everyone can download the latest updates to their homes and neighborhoods, but there are other ways to Santa-proof your home. Seal up your chimney with a firm concrete block, or lacking that, erect a fire(wall) in your fireplace to keep Santa from breaking in that way. You can also do some community service by curtailing holiday spirit: just saying “Bah humbug” and “tear down those eyesore lights!” to your neighbors can reduce the chance of Santa infiltrating your house by 50%!

Santa has been known to use many methods to gather your data, employing everything from creepy elves perched on furniture to some kind of advanced orb-related spying mechanism. While we’re still unsure what his definitive tool is, you can ensure your webcam isn’t being hijacked by this holiday hooligan with our Webcam Protection found in AVG Internet Security. Start a 30-day test run now to make it past the holiday season safely.

Don’t be fooled by phishing!

If you wake up on December 25th and discover a mountain of festively decorated boxes in your home, think twice before you start unwrapping! Those are probably just more malware in disguise trying to trick you into opening them. Play it safe, and either scan each box with an antivirus, or throw them into your fire(wall) to safely dispose of them.

Well, that’s all from us. Remember to stay safe this holiday season. And if you happen to spot Santa, let us know!

And there are bears. 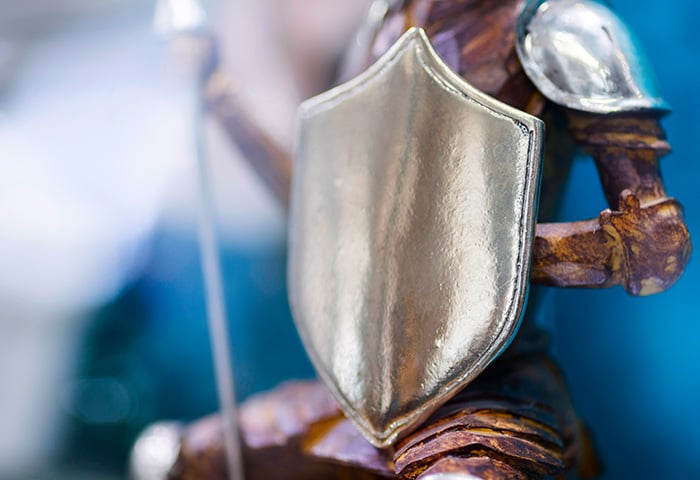 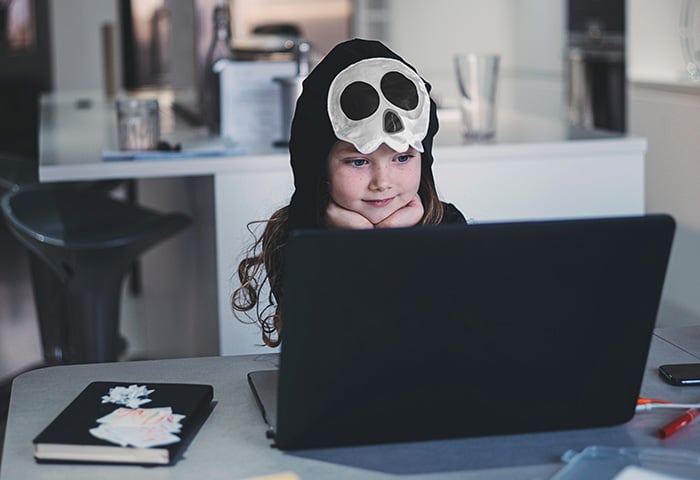