It has been nearly two years since we did our 5 Performance Myths article. So it is high time we did another one. I dug around on some of the more dubious windows tuning websites out there and checked their speed-tweak suggestions on our test machines

For more than 20 years, books, magazines websites have been spreading this ancient tuning tip: Turn off these darn startup applications! With the advent of the (in)famous Windows 95, the “Startup” folder was introduced and offered users and (mostly) software companies an easier way to launch software automatically – thus reducing startup time and improving performance.

So … cue drumroll … does this 20-year-old (and that’s ancient in IT years) advice hold water? It does! Turning off unnecessary start-up items is one of the more effective ways to improve boot time. Some third-party applications can slow things down quite a bit. Of course, this depends on your system. But it’s always a good idea to go through the list of start-up entries and get rid of some of the programs you never or rarely use or need. And if removal of some applications doesn’t improve boot time, it could still reduce annoying pop-ups that inform you about actions you never wanted or needed to know about in the first place 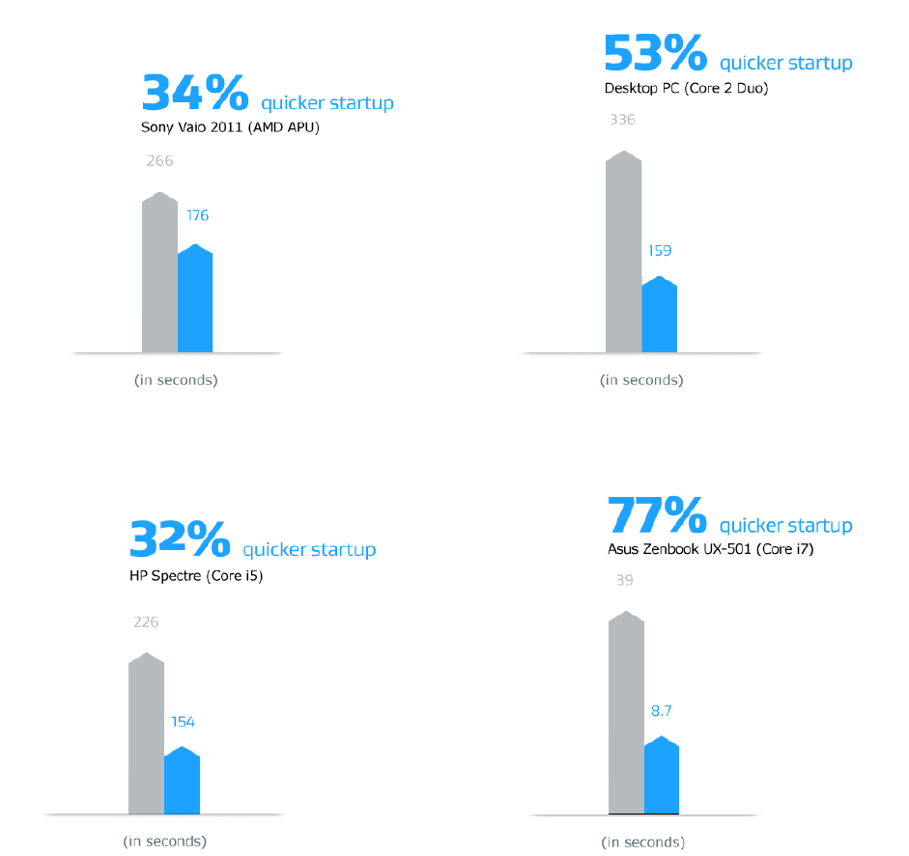 After testing on four PCs, our final verdict: TRUE

This one comes from the day and age when receiving an IP address from the router resulted in a noticeable delay in boot time, during which users couldn’t perform any tasks. The remedy was to manually set a static IP (either on your PC or in your router) so that you wouldn’t get an automatic IP assigned.

In my boot tests, I saw zero improvements when using a fixed IP address with my router versus getting it dynamically assigned. This is likely because operating systems, routers, Wi-Fi/Ethernet adapters, and drivers have significantly improved since the tips were first floated.

Adding more RAM is supposed to have a positive effect on boot time. Sounds logical, but is it actually true? Well, partially!

If you have less than 4 gigs of RAM, then yes; it can have quite an effect on boot time. But once you go above 4GBs, there’s literally no benefit. Here’s the proof: I used Windows Performance Analyzer to measure total boot time (from power on until the last bit of information has loaded) for Windows 8.1.
I then limited RAM down to 1 GB, 2 GB, and 4 GB:

Up to 4GBs, the more memory available, the faster the boot time. But with 8GBs and 16 GBs, it took the same 17 seconds as with 4GB to display the desktop in Windows 7/10 or the Start Screen in Windows 8.1. When using Performance Analyzer, the entire boot procedure took 135 seconds in total for each.

Windows loads a significant amount of services during boot-up; turning them off is supposed to give you a real speed boost – especially during boot time. That’s why there are hundreds of self-proclaimed “tweaking” sites out there with lists of what services you can turn off.

What’s the deal? Are services really bogging you down? Well, services are the parts of your PC that handle such as Windows Updates, device detection, Bluetooth enablement, and so forth. There are only a handful of services that can be turned off without sacrificing critical functionality. Many websites instead recommend delaying Windows services using the “services.” application and setting the start-up type to “Automatic (Delayed)” to make them load a bit later.

I put that to the test. I tried changing 42 services on my test machines from “Automatic” to “Automatic (Delayed)”. Windows only allowed 17, and thankfully did not let me delay the start-up of some essential system and security services, such as the Base Filtering Engine, which is required for the Windows firewall. 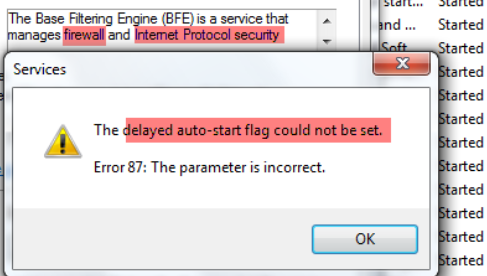 Nothing! I expected the desktops to show up at least a few seconds since Windows didn’t load all of the services into memory at the same time – but that didn’t happen. Instead, the Windows Performance Analyzer showed that total boot time increased by just four seconds on one test machine and two seconds on the other.

What happened? Windows was so effective in performing simultaneous tasks during boot-up that delaying services had no positive effect. In fact, it prolonged total boot time.

As suggested by the results above, ignore most of the mystical “tweaks” out there. Instead, check out our performance tips & tricks, or get AVG PC TuneUp (it actually works) to really improve performance.